Matt and I are constantly searching for ways to enrich the "Detroit Bad Boys experience." And now that the regular season has begun, I'd like to introduce you to one of the new features on Detroit Bad Boys: our proprietary statistical generator, which promises to provide the most accurrate predictions of the ongoing season that you'll find anywhere. And it is all ours.

The yet-to-be named system gathers statistics known to be precursors of future success, enters them into a formula, and arrives at a number very closely resembling the expected final regular season win and loss totals for the team examined. We think you'll find that our system produces results unmatched in the burgeoning field of basketball statistical analysis.

So without any further hype, check out our DBB Central Division projections (Pistons results in italics).

The Pistons' franchise is obviously doomed. Our very scientific projections have the Pistons finishing the regular season at 0-82. We're pretty sure that is some sort of record. I don't even think they were that bad when Olden Polynice was a Piston.

One wonders whether the loss of Ben Wallace could take a team from 64 wins to 0 in just one season. If Ben was so vital, you'd assume that the Bulls would experience the opposite effect -- a marked increase in wins -- with their addition of Wallace this offseason. But as you can clearly see from the above, the Bulls are projected to finish at 41-41 this season, which is identical to their record last season. It stands to reason then that Ben Wallace could not be the primary reason for the Pistons' projected winless season in '06-07. 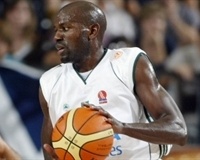 This leads us down only one possible path: the Pistons sorely miss Tony Delk. And you need only look at his current team for proof of Delk's impact. As reported by MLive's Full Court Press blog, Delk already has played a key role in rallying the Greek team Pana...thi..kirq..ka...io...whatever from a huge deficit to win their season opener. Wait a minute. Huge deficits in season openers? We know that story all to well. But a rally? To win? Right about now, you are thinking to yourself, "You is talking loco...and I like it."Wilson, Owen (as "Hansel"). Zoolander. 2001.

But alas, it is not meant to be. As the projections above clearly show, the Pistons are in for a bitter cold winter. So strap in for a long and lonely season on the Piston bandwagon. Let's prepare ourselves for the arrogance of rival Cleveland (as the Cavs are projected to go 82-0). And maybe we start following the Lions. They have, at least, won a game this season.

That, or we could just watch the remaining 81 games of the season, each of which has just as much chance of representing the Pistons' chances this season as last night's debacle.