Pistons go two for the weekend

Share All sharing options for: Pistons go two for the weekend 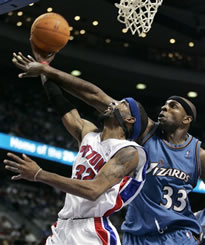 Ian and I may have been AWOL this weekend, but there were plenty of fans and writers who weren't. Since they actually had a chance to watch the games, let me borrow some of their observations. 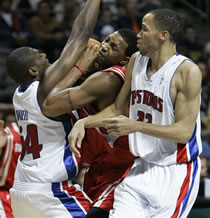 On Saturday, the Pistons evened their record at 5-5 with a win over Yao Ming and the Rockets. It took a 28-14 effort in the fourth quarter, but the Pistons won 104-92