Detroit News reports sale of team could come next week ... with Tom Gores emerging as owner

Share All sharing options for: Detroit News reports sale of team could come next week ... with Tom Gores emerging as owner

On the heels of meteorologist Karen Davidson's most recent comments, The Detroit News' Greg Kuppa and Vincent Goodwill have teamed up to drop a cluster bomb report on the current state of the Detroit Pistons sale. They're relaying that the Pistons' 'For Sale' sign could come down as early as next week with... Tom Gores as the new team owner:

Sources close to the sale said this week Gores, the billionaire financier from Beverly Hills, Calif., who grew up in Flint and attended Michigan State, remains the leading bidder for the team and for Palace Sports & Entertainment. Moreover, he is now presumed to be the bidder who will emerge as the owner.

His position is so pre-eminent that Gores could close a deal as soon as next week, according to one source familiar with the process. Others say while that may overstate how quickly a deal can be done, the Pistons nonetheless would like to have an agreement in place to present to the NBA board of governors Feb. 18-21 in Los Angeles.

As you all know, the talks with Ilitch broke down in November when he reduced his original offer, which was supposedly in the $400 million range. According to The Detroit News', Gores' bid is thought to be only in the $300 millions.

Did the inescapable tension created by a reneged offer provoke Davidson to favor Gores, assuming Ilitch's slashed offer and Gores' are still somewhat similar? I'd hypothesize as much, and it might be for the best.

Davidson was not going to get Forbes value for this team in the next five years, especially not in the midst of a 20-something win season during a recession. She should've signed on the dotted line when she saw the original offer from Ilitch, but her apparent greed and deceit blew it all up in her face.

That, of course, was all to Gores' benefit, who was actually considered a favorite very early in this whole process. Gores isn't Ilitch, but that also means he won't have two other professional sports teams to concern himself with and he doesn't appear to have dual intent with this purchase. However, he's still rich, he's cool and he desperately wants to own an NBA team. As long as he doesn't move the team out of Michigan, he's 100-percent okay by me and probably should be by you, too. At this point, a sale to a successful business guy adamant on keeping the team in Michigan just needs to get done as soon as possible, so we--mostly Karen Davidson--can move on.

Let's put on some Neil Diamond, tilt our heads and ease to sleep; dream this is official pending NBA review sometime next week. 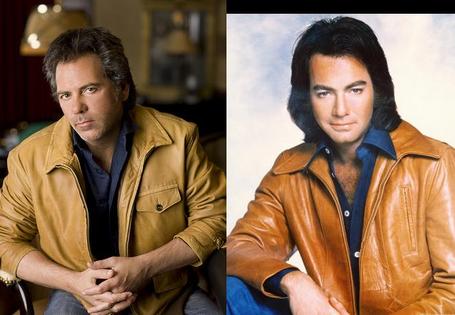