Share All sharing options for: Finding That NBA Spirit

As you know, the players and owners have (tentatively) come to an agreement and the NBA lockout is over. That likely means real, live NBA basketball by "Christmas Day." I realize not everyone celebrates the birth of Jesus Christ, and for some, Christmas is sometimes Chinese food and a movie, or Hanukkah. While we all normally don't celebrate the same event on December 25, this year will be different. This year, we can all agree that December 25 also signifies the return of NBA basketball.

That said, the return of basketball might bring mixed emotions for some. I know when I heard the news that the lockout was over, I was more surprised something got done than excited. I was happy for my buddy who works at NBA TV, knowing he's back to having a full-time job, and I was happy for others in similar situations, but I was surprisingly apathetic about the return of Pistons basketball. Maybe it was because I was still hung over from Thanksgiving. Maybe I was gearing up for the Michigan-Ohio State game. Maybe, if the Pistons were better, I'd care more.

I guess it shouldn't have been too surprising.

Throughout the lockout, I had zero sympathy for the players and owners. Hearing players go on TV and radio spots and bitch about not having a paycheck for a few months, after making $15 million their first three years in the league, angered me. Although I was convinced from the onset that the NBA season would get canceled, I considered turning my back on the NBA completely if a season happened.

I actually spoke with David Stern about this last night over some eggnog:

David Stern: "You're gonna help me make the NBA popular."

Me: "I thought the players and Reebok pumps made it popular."

David Stern: "And where do you think the sport gets all its money from?"

Me: "Fan spirit, everybody knows that."

David Stern: "Well, silly as it sounds, a lot of people -- SEC football fans in particular -- don't believe in the NBA."

Me: "What? Well, who do they think provides all the slam dunk shots?"

David Stern: "Well, there's a rumor floating around that, uh, that nobody cares."

Me: "That's... That's ridiculous. I mean, not everybody can just go out and see slam dunk shots every day. What about blocked shots? I suppose nobody cares about them too?"

David Stern: "And every lockout, people believe less and less in the NBA. I mean we have a real fan crisis on our hands." 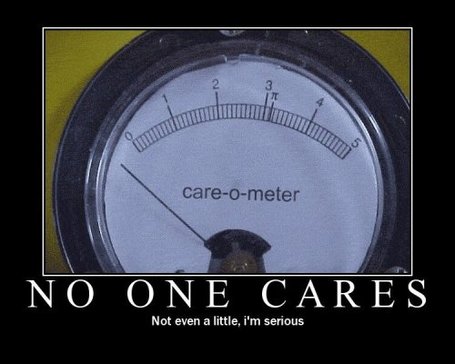 Ultimately, I'm like Buddy the believer. I blindly love the Pistons and NBA basketball too much to not care. I understand not everyone is going to be a sucker like I am, so finding a little NBA spirit might take some time and perhaps Zooey Deschanel singing the national anthem at every game (okay, maybe not the latter, but I'd like to throw that idea out there). I also understand it's hard to back a sport that just had a 149 day lockout that bore no mention of the ticket salesmen, vendors, the fans, etc. But it's a great game and the Pistons, more so than the NBA itself, needs its fans to continue to support the change that is going to happen under Tom Gores. The NBA will remind us with plenty of commercials throughout the year -- without its fans (and Reebok pumps, of course), the game doesn't fly. And without us, Pistons fans, there'd be no Red Pandas. So take your time (but not too much) to find that NBA spirit, if you need it, because there's a lot to talk about in the coming weeks before tip-off. Who do we waive under the new amnesty clause? Is re-signing Stuckey a massive mistake? Does Ben Wallace come back? Ahhh, smiling's my favorite.