See, NBA lockout? This is what happens -- good people, by most accounts, do stupid things during their unwanted, added free time. This bad news about our future criminal case blocking attorney comes via The Detroit News (thanks C$ for posting in the FanShots):

Detroit Piston Ben Wallace is facing drunken driving and weapons offenses after being arrested over the weekend for erratic driving on Telegraph Road at Long Lake, according to township police.

Wallace, 37, of Bloomfield Hills was pulled over about 2:35 a.m. Saturday behind the wheel of a 2007 Cadillac Escalade, police said. Wallace was arrested without incident for operating a motor vehicle while intoxicated.

A search of the vehicle found an unloaded semi-automatic pistol in a backpack in the passenger compartment with a fully loaded magazine, police said. At the police station, Wallace was given a breathalyzer test, which showed he had a blood alcohol count above the .08 level considered intoxicated. The reading was not released by police.

Wallace was arraigned Saturday in front of Bloomfield Hills 48th District Court Magistrate Judith Holtz on the OWI charge, a 93-day misdemeanor, and the unlawful carrying of a concealed weapon, a five-year felony. He was released to a family member on $5,000 personal bond after the arraignment and is scheduled back in court for a pre-exam conference at 9:30 a.m. on Oct. 3. Michigan Secretary of State Records reveal no previous drunken driving offenses for Wallace.

Despite the fact that the police report suggests Wallace was apologetic, cooperative, and admitted his wrong doings, he's going to have a tough time getting out of this one because he's drawn Judge Kimberly Small.

Judge Small is renowned for being harsh on first time MIPs and DUIs. This past July she gave Jalen Rose 20 days in jail and one-year probation for a first-time OWI offense, although his offense resulted in an accident. Wallace has a better case (he claims to have had only four beers a couple hours earlier while at a club), but it's probably not a good idea for him to get a head start on his defense attorney career and go pro se.

Wallace is to appear at court on October 3. Due to this silly lockout, the Pistons can't comment on Wallace's arrest or even joke about the fact it took two pairs of handcuffs to arrest the big man. I think it's safe to say, though, that thankfully Wallace was stopped before anyone potentially got hurt and the NBA lockout can't end soon enough. 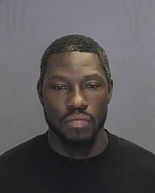