Monday was media day and Tuesday officially marks the first day of training camp. Get all caught up on your Pistons as they head into the 2012-2013 season.

The first bit of news that came out on Monday was that Ben Wallace, as kind of expected at this point, will not be in attendance for training camp:

As for Ben Wallace, he won't be in camp. #Pistons don't want to put him in a position where if a move isn't made, they'd have to cut him — Vincent Goodwill (@vgoodwill) October 1, 2012

Despite not being around in an official capacity, he is still having an impact on rookie Andre Drummond:

#Pistons Drummond on Wallace: I'm speechless being around him. He's a legend. Some of the stuff he's taught me, I can't even put into words.

Tayshaun Prince says it's important for the Pistons to eventually find a spot for Wallace [via Detroit News]:

I think it'll be very important for the sake of Greg ( Monroe ) and Andre and Slava ( Kravtsov )," Prince said. "It'll be nice to beat them up a little bit in practice and show them what it's like in the real game."

The Pistons' Twitter page has a lot of good stuff, so check out their timeline. 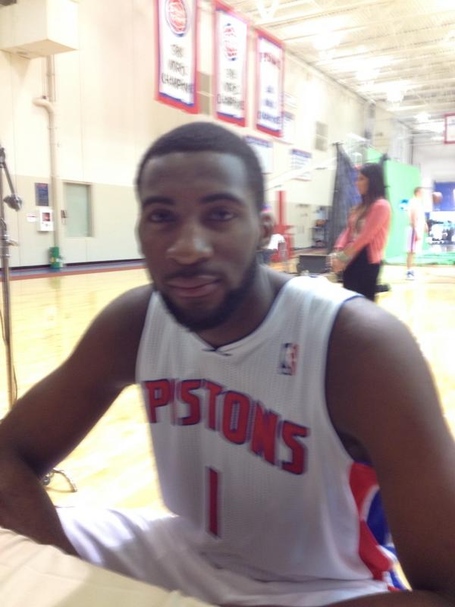 Kim English has his down, though: 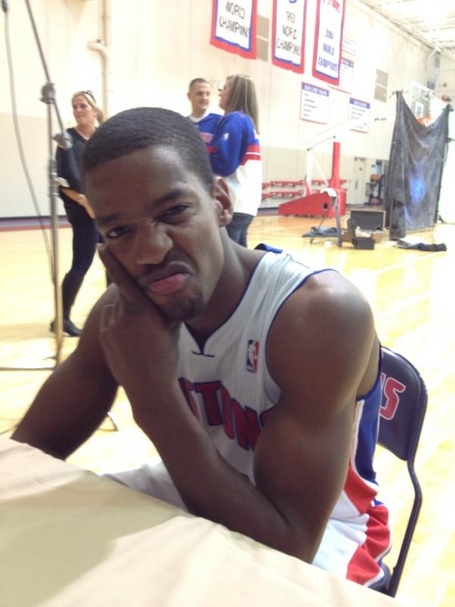 The Pistons think they will benefit from a full training camp.

"It's definitely important we start today," Prince said. "With this team, (if we) started in December, if you thought 4-20 was bad, we'd be down the same path with the young guys we have. We really have to get after it and come with that right mind-set tomorrow."

Here are a couple videos via MLIVE. The first is Greg Monroe imitating Brandon Knight dribbling for the cameras:

The second is a general scope of media day:

Keith Langlois has the annual media day kool-aid with quotes:

We'll have plenty more as training camp gets rolling.