The Pistons had two points wrongly taken away from them midway through the fourth quarter, but failed to take advantage of plenty of other opportunities to beat the Nets over the next five minutes and two overtimes. Joe Johnson ultimately decided the game by nailing a buzzer beater in the second OT.

Share All sharing options for: Pistons final score: Upon further review, Detroit goes down in double OT in Brooklyn, 105-103

Detroit withstood a 21-1 run by the Brooklyn Nets in the first half and a 17-point deficit to have a pretty good opportunity to beat the Brooklyn Nets on Friday night in regulation, the first overtime and the second overtime, but ultimately lost, 107-105, on a Joe Johnson buzzer-beater. Bzzz.

Part of the reason the Pistons didn't get there was because they had a basket taken away from them midway through the fourth quarter by look-at-me ref Joey Crawford. With the shot clock expiring on a possession with the Pistons up 81-80, the ball found its way to Andre Drummond and he had to put up a desperation turnaround heave. The shot missed terribly and kicked left to Kyle Singler, who must not have thought Drummond's shot grazed the rim, so he threw the ball back at the basket. Charlie Villanueva tipped it in. The basket counted at the time and it wasn't until the Nets bench clamored for a violation call that Crawford decided he'd take a look at the next official timeout. A minute or so later, after a review, the Pistons' three-point lead was down to one without the Nets scoring.

I'm not so sure what Joey Crawford was looking at in that review:

But that's not the sole reason why the Pistons lost by two points 15 minutes later. The Pistons were actually up six with 1:32 left in the fourth and blew it. The Nets even had a chance to win it in regulation, but good defense forced Deron Williams into a tough shot.

In the first overtime, the Pistons and Nets traded baskets for much of the first four minutes before Rodney Stuckey gave Detroit a lead with 41 seconds remaining. The Pistons got a stop, but couldn't coral the rebound, giving the Nets another possession to tie. Joe Johnson did just that with 18 seconds left. Stuckey then couldn't hit the game winner Johnson would five minutes later.

In the second overtime, the Pistons jumped out to a sloppy three-point lead, holding the Nets scoreless until around the one-minute mark. After Gerald Wallace and, yep, Johnson buckets, the Pistons had yet another opportunity to seize: Monroe at the free throw line to potentially tie or put the Pistons up one. He missed both.

The Pistons were forced to foul and, luckily, Johnson only made one, giving the Pistons another chance to win it at the buzzer. Instead, Brandon Knight shot (again) with enough on the clock for the Nets to answer, settling for a tying basket that only came to be because his miss ricocheted off Kris Humphries' hand right to an open Kyle Singler under the basket. To be fair, Knight was WIDE open, but it gave the Nets enough time for this to happen: 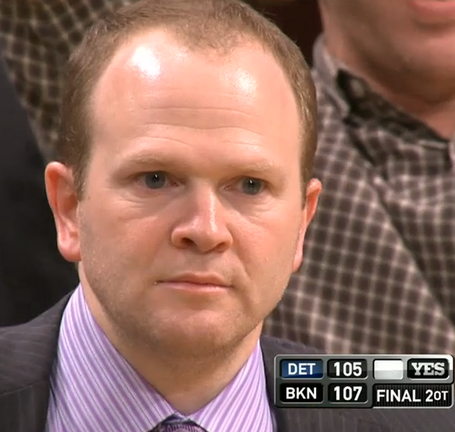 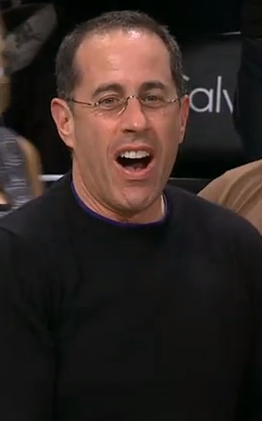 • A valid question: Where the [choice words] was Andre Drummond in the final minutes of regulation and in the two overtimes? Drummond had eight points, nine rebounds and three blocks in 18-plus minutes, but saw zero time after getting substituted out at the 4:53 mark of the fourth.

• For what it's worth, Knight, Monroe and Prince were the only three Pistons in the green for plus-minus. Monroe had 17 and eight, but struggled again in key spots. Knight had 22 points, five assists (three turnovers) and five rebounds, but also struggled down the stretch (Knight was 1-for-5 shooting late and had two turnovers with no assists.) Prince got schooled on Johnson's buzzer beater, missed shots and turned the ball over in key spots. They were huge in keeping the Pistons in it, but were also big reasons the Pistons blew it. 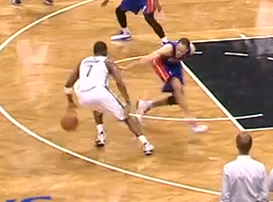 • Stuckey continues to excel off the bench in the 6th man role. He had 19 points, six rebounds and three assists opposite no turnovers.