NBA #GameChanger: Rodney Stuckey, believe it or not

Share All sharing options for: NBA #GameChanger: Rodney Stuckey, believe it or not

For purposes of full disclosure, DBB is participating in the Playstation Vita #GameChanger series where we select one player from our Detroit Pistons to highlight as a real live game changer. I've thought about it, but I really don't think I'm making a massive mistake in choosing Rodney Stuckey to be the focus here.

Sure, I would not have been wrong to choose Greg Monroe, but Stuckey is a far more interesting player for discussion purposes. When Stuck signed his three-year, $25 million contract, majority was already upset about the Prince extension, so Stuckey's fanned the fire Dumars crusade.

But Stuckey's contract was always reasonable, and with the way he's been playing of late, it could ultimately become a steal and one of Dumars' better moves. The Pistons are 11-12 in games Stuckey starts this year and we know all too well that the PIstons have won seven of their last nine games. In that nine game stretch, Stuckey has been shooting 48-percent and getting to the line 8.6 times per game. In the last four games, in which the Pistons are 3-1, Stuckey is scoring 25 points per game on 50-percent shooting and getting 12 (!) attempts at the charity stripe.

One of Stuckey's biggest hang ups throughout his career has been his lack of ability to finish at the rim. He has actually regressed thus far from last year's career best 56-percent (52-percent), but he is finishing at a 59-percent clip over the last nine games. I wonder how much of that has to do with him getting more whistles on borderline plays, but that is still a remarkable improvement.

Speaking of improvements, Stuckey's other big annoyance throughout his career has been his inability to shoot. Yeah, pretty irritating for a basketball player, but his three-point shooting -- 36-percent -- is up over six percentage points from his previous career high, which is a big reason why his TS-percentage is at a career best.

Stuckey has just about improved every season he's been in the NBA and it's looking like he's on his way toward a career year at the still-very-young age of 25. Most importantly, the Pistons appear to be winning games now as a direct result of him, not in spite of him. And that's because Rodney Stuckey is ... 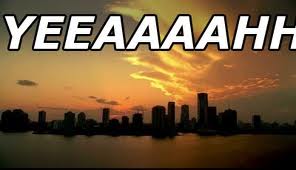