Brandon Knight gets fitted for mask he'll wear on Wednesday

Share All sharing options for: Brandon Knight gets fitted for mask he'll wear on Wednesday

In lieu of practice today, Brandon Knight was fitted for a mask to wear during Wednesday night's game in New Jersey. Knight broke his nose this past Saturday against New Orleans.

Here's a pic of Knight in the training room getting the mask all sized up: 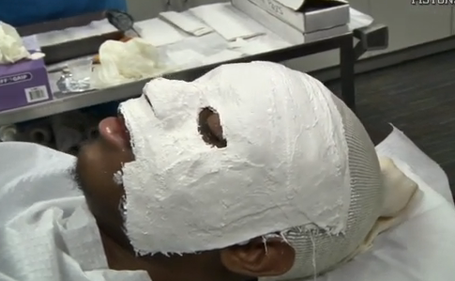 You can watch the little special on the making of his mask on Pistons.com (h/t goes to Need4Sheed, who has another masked Knight idea given all the theme nights the Pistons have been having).

The best quote of the video comes from Brandon Knight after the mold is peeled from his face. Before sizing, a layer of vaseline was applied, so his facial hair wouldn't catch. After the mask was removed, Knight was reassured that all his facial hair was intact, to which Knight responded, "No eyebrows and a broken nose, that wouldn't be a good look." 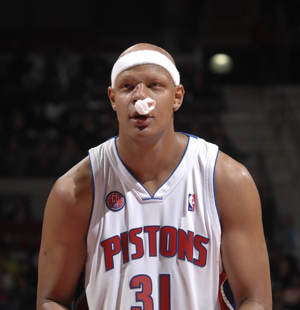 Not cool, rookie. It's exactly two seconds before I honk your nose and pull your underwear over your head!