What can new president of Palace tell us about the Pistons?

Share All sharing options for: What can new president of Palace tell us about the Pistons? 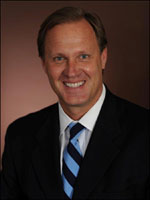 When new Detroit Pistons owner Tom Gores came on board the makeup of the team and organization remained largely in tact, but there was a fundamental restructuring of staff and priorities at Palace Sports & Entertainment.

Some of those sweeping changes we've seen already: the spiffed up new concourse, an expanded and remodeled players locker room, and halftime concerts from pretty significant acts, including Gladys Knight, Flo Rida, Black Sheep and more.

In an interview with the Detroit Free Press, new president of PS&E Dennis Mannion talks about his vision for the company and its properties going forward. While the article doesn't touch on any Piston-specific areas, I think it is instructive of the kind of man Gores is looking to run a large piece of his latest multi-million dollar investment.

And if one thing is clear, it is that he isn't afraid to challenge conventional wisdom or question if things are really working as well as presumed. As the article puts it, "From concert schedules to color schemes, it's clear that everything is on the table as Mannion shapes the Palace's evolving identity under new owner Tom Gores."

He spent 29 seasons working in four major professional sports, including two years managing business operations for the NBA's Denver Nuggets and the NHL's Colorado Avalanche from 1998 to 1999. Mannion most recently served as President of the Los Angeles Dodgers where he worked from 2007 to 2010. He also previously worked for the Baltimore Ravens from 1999 to 2007, and for the Philadelphia Phillies from 1982 to 1997.

The way by which he will evaluate what works and what doesn't is cold, hard numbers:

Mannion is big on number crunching and has installed a team to track fan demographics and buying habits.

That information will help craft new Palace offerings, including season tickets, which will become more like a la carte subscriptions. Buyers will pick from a menu of add-ons: backstage access, interactive events with players and performers, self-contained fan communities, exclusive video content.

Mannion strives for innovation and efficiency:

"The biggest competitive force that teams and entertainment entities are fighting for now is the customer's time," he said. "You want to make their time more efficient, and I think the way to do that is providing more of what I call lifestyle opportunities wrapped around your core product."

Fortunately or unfortunately, perhaps the biggest notable change has been the dwindling attendance at Pistons games. And while the product on the floor is a large part of that, Mannion and his crew have decided that empty seats are better than endlessly comped tickets:

That's in part because Mannion has put his foot down on the complimentary tickets circulated via corporate partners. Mannion calls comp ticketing "a flawed approach" that only devalued the Piston brand.

"I'm dealing with no small measure of humility over the Pistons numbers right now," Mannion said. "In 30 years of a career, I've never been south of the middle of the (attendance) pack. So it's hard. But it's part of rebuilding your brand and your reputation."

As a Pistons fans these kinds of comments are a ringing endorsement of how I view the Pistons as a basketball franchise should be run as well. Mine the data, maximize efficiencies, try and gain a competitive advantage and rebuild the culture.