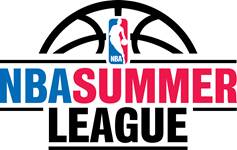 After the lockout wiped away any normal offseason activities last summer, the NBA Summer League will be returning to Las Vegas on July 13-22 this year. That means whomever the Pistons select in the upcoming draft, and hopefully Brandon Knight and Vernon Macklin, along with some D-League hopefuls will represent Detroit. Official press release is after the jump.

NEW YORK, April 10, 2012 – NBA Summer League returns to action this summer July 13-22 at the Thomas & Mack Center and the COX Pavilion on the campus of the University of Nevada Las Vegas.

During the most recent competition in 2010, 22 NBA teams, including 11 playoff teams, competed in a 58-game schedule that featured 10 of the top 14 picks in the 2010 NBA Draft. Fans that weren’t able to experience the action in person were able to tune into NBA TV or log on to NBA.com and see every play, including Jeremy Lin’s breakout performance for the Dallas Mavericks. Matched up against John Wall and the Washington Wizards on July 15, 2010, Lin scored 11 of his 13 points in the fourth quarter as the Mavericks mounted a furious comeback after trailing from the opening buzzer, to come within six points of victory, before falling, 88-82.

Landry Fields, Lin’s current backcourt mate with the New York Knicks, arrived in Las Vegas two summers ago as an unheralded second-round pick (39th overall) in the 2010 NBA Draft. In five games, Fields averaged 15.6 points and 4.8 rebounds, then went on to earn NBA All-Rookie First Team honors, appearing in all 82 games (81 starts) for the Knicks, averaging 9.7 points and 6.4 rebounds.

Other league highlights include the participation of the Chinese National team in 2007, which marked the first international team to participate in the league and the NBA Development League Select team’s participation in 2009 and 2010 events.

Tickets for the 2012 NBA Summer League will go on sale June 1, at 10 a.m. PDT. Fans will be able to purchase tickets for the Strip’s hottest summer event by calling 702-739-FANS, through UNLVtickets.com or by visiting any UNLV ticket outlet.

A complete schedule of games and broadcast information will be released at a later date.