The Knicks beat the Pistons, 102-87, and the game was rarely close -- New York jumped to a 16-2 lead in the opening minutes and rarely looked back. But for basketball-starved fans at London's O2 Arena, the final score was but a small detail compared to simply watching a real live NBA game on the other side of the Atlantic.

DBB reader Emile Heskey was in attendance, sending the following description of the day's festivities. The following are his words and pictures, with only a handful of tiny edits. 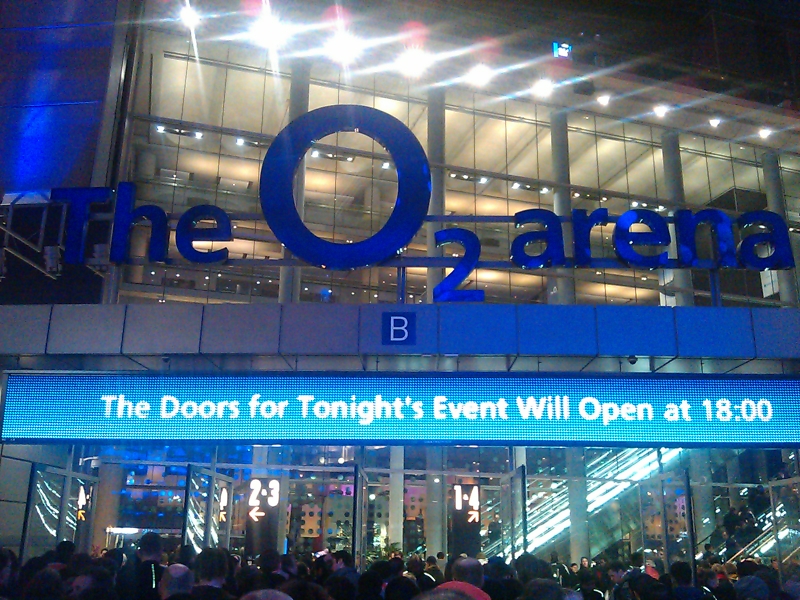 The big wall leading up to the O2 arena had a history of the NBA adorning it. Pistons and Knicks players were on the adjoining pillars with a small video display showing their names and facts. All in all, some significant effort to educate newcomers as to what this game of bouncy ball is all about. 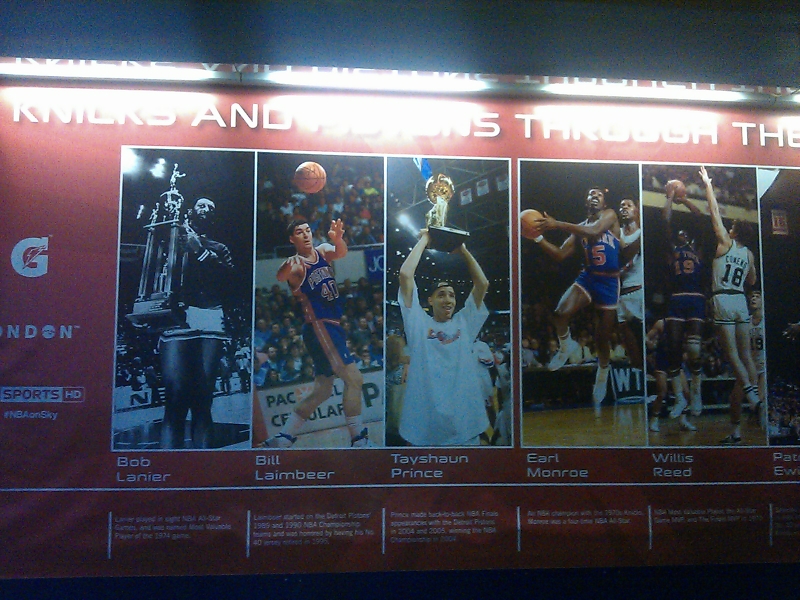 Oh, and there was a fat guy in a Pistons uniform behind some glass, spinning the ball. 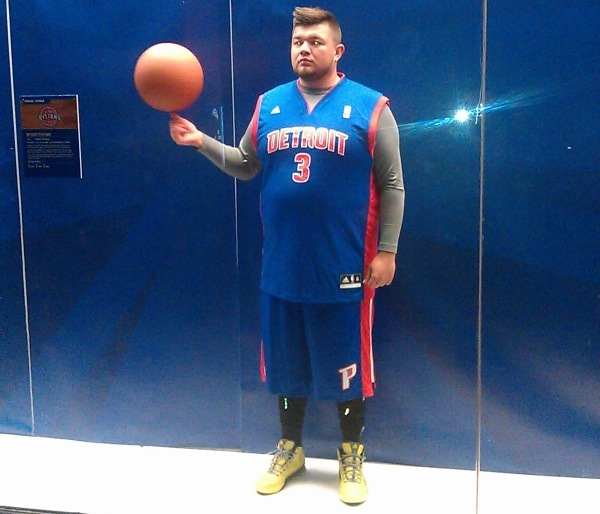 As for the game, first off, I'd like to apologise. That's what us English are good at, along with drinking and moaning about the weather. But in this case, apologising is justified, because London didn't do a very good job of representing Detroit Pistons as the "home" team.

Knicks jerseys outnumbered Pistons jerseys about 12-1 and they were treated as the home team. Unsurprisingly, the majority were Anthony jerseys but guess what the most popular Pistons jersey was? It wasn't Monroe. Or Stuckey. Or even Wallace or Billups or Rodman or Thomas. It was Knight. Knight. By a pretty big margin as well. I'm as confused as you are.

You probably saw on TV that the Knicks opened with a barrage of 3-pointers that set the tone for the game but actually, the tone was set earlier than that. Just before tip-off, Amare Stoudemire took to centre court to thank London for its hospitality. London cheered in approval.

Then Tayshaun Prince stepped forward to do the same on behalf of the Pistons and oh dear. His softly-spoken drawl quickly lost a crowd that had been battered into an ovation by the booming voice of Stoudemire and then his microphone cut out. Prince shrugged in confusion, then walked back to the Pistons bench to a chorus of boos. 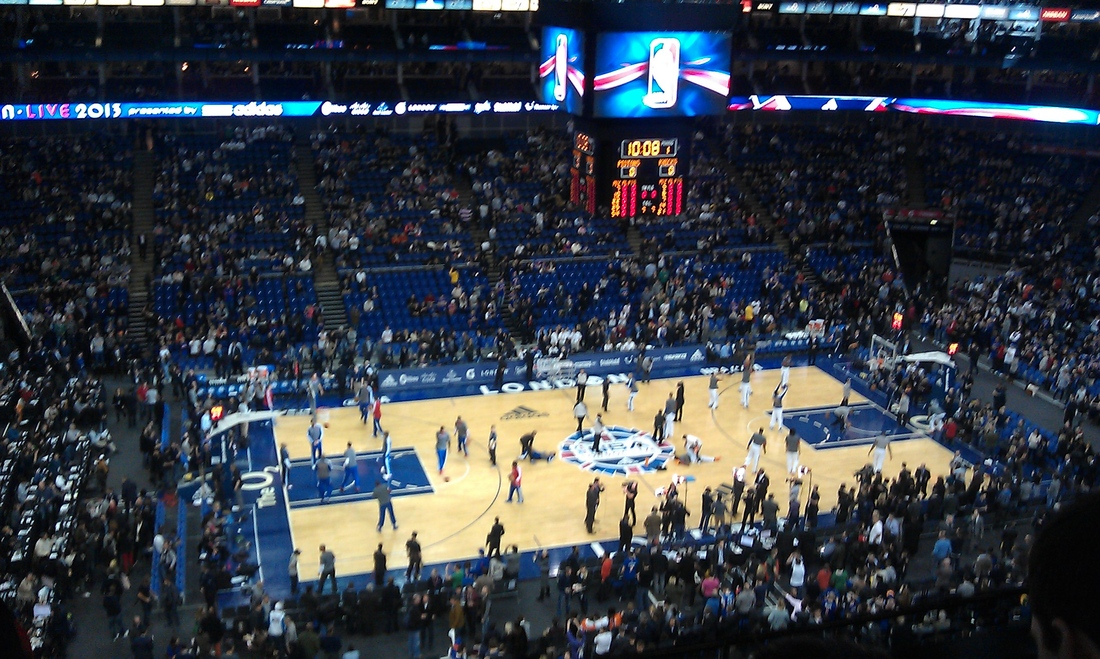 You know how the game went on TV following tip-off, so here's some extra stuff:

For me, it was a great evening because I got to see Pistons play in person, convinced the people I went with that Drummond was The Future and saw Will Bynum do his thing. But I don't think David Stern organised the game specifically to please me and as part of the exercise to push NBA into the UK and expand its audience, it didn't work.

Those who were curious about basketball won't have come away from this as NBA converts. It wasn't much of a spectacle. Anthony might be a superstar but his drawn out isolation game isn't all that exciting to watch and you could see people were responding to the name rather than the player, which is likely why Will Bynum's support grew throughout the night. Bynum will have left a more favourable impression in those leaving the O2 Arena than anyone else on the court.

The NBA-in-the-UK experiment also suffers from exactly the same problem the NFL-in-the-UK attempts are in that we haven't seen two top teams play each other on these shores yet. Even if this game was organised back when Gordon was a Piston, there wasn't a single Gordon jersey in the building but plenty of James, Durant and Bryant jerseys. And it's more important NBA gets this right than NFL does if it really wants to conquer the UK. Most NBA games tip-off at around midnight-3am UK time while NFL games are around 9pm-11pm on Sunday, which is far more reasonable.

Still, I enjoyed myself, and that's what matters eh?

NBA in London: Pistons trounced by Knicks at O2 Arena