Share All sharing options for: Better late than never: Kim English gets his draft night handshake

Kim English didn't attend the NBA Draft -- that's not surprising; he was drafted No. 44 overall, and few players outside of the lottery make the trip -- so his meeting with Adam Silver during the Pistons' recent trip to London was long overdue.

I didn't go to the Draft! So here is my draft night hand shake. 7 months later instagr.am/p/U1ZQEHpSv2/ 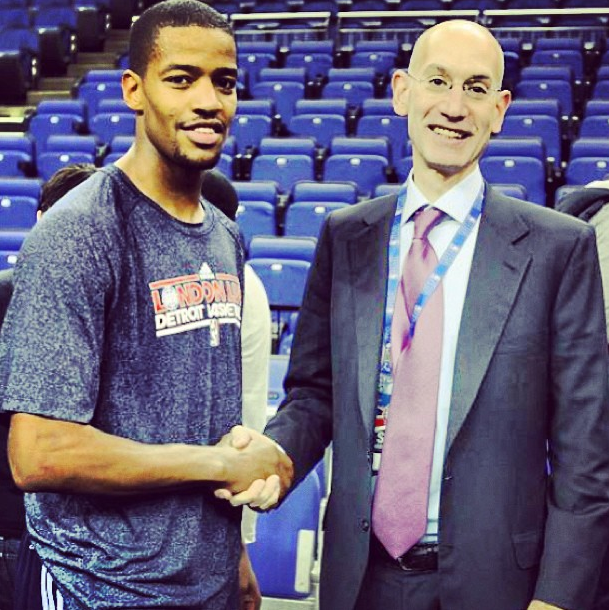 NBA in London: Pistons trounced by Knicks at O2 Arena