Brandon Jennings has the skill to take his game to another level, and in Detroit he will be in the right environment and have the right opportunity to get there. Will he take advantage?

If Brandon Jennings is ever going to truly live up to his full potential, he’s going to do it in a Detroit Pistons uniform.

Head coach Maurice Cheeks knows it, and he made sure his new starting point guard knew it too. 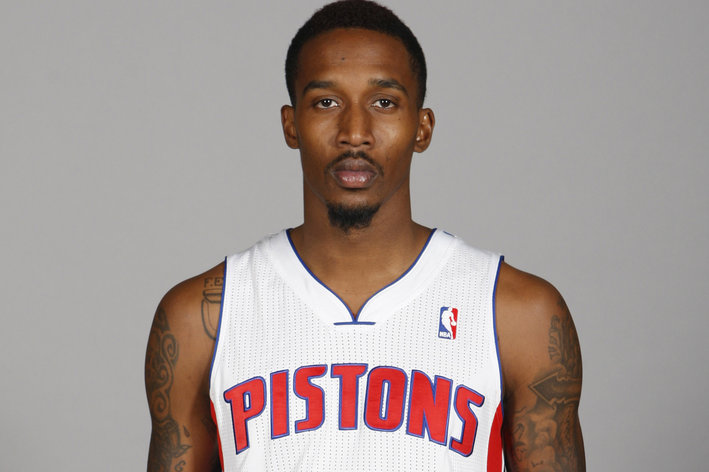 Signs of optimism for Brandon Jennings in Detroit

Shortly before his press conference at Pistons media day, Cheeks had a one-on-one session with Jennings.

What was said? Cheeks just laughed and said he was interested in how Jennings would describe the meeting.

"He said the team goes as far as I go," Jennings said.

And while Jennings has been to the playoffs two out of his four NBA seasons, the up-and-down point guard has led his teams to middle-of-the-road records. But in Detroit, thankfully, mediocrity doesn't sound like it’s going to be good enough.

"He has to be able to run this basketball team," Cheeks said. "Point guards are measured by winning games, so it doesn't matter if you’re scoring 20 to 25 points, if your team isn't winning that is a direct result of the point guard."

And if anyone has the credentials to deliver that message and make it stick it is Cheeks. He won a championship in Philadelphia and appeared in two others. He’s a four-time all-star and four-time first-team all-defense member.

Admittedly, history doesn't suggest that Cheeks has any special affinity for somehow coaching up his point guards. His most recent understudy, Russell Westbrook, has spoken highly of his former coach, but something tells me his talent would have gotten him there anyway.

But what Cheeks has shown so far is that he is taking a personal stake in the success of his starting point guard. And he’s not planning on sugar coating anything.

And for his part Jennings talks like he is receptive to the tough love and high expectations.

"He said he’s gonna be on me every day and he’s gonna put a lot of pressure on me," Jennings said.

Pressure might be just the thing to take Jennings’ game to diamond status.

When first traded to Detroit, Jennings not only boasted that he was ringing "lob city" to Detroit, but also admitted to taking bad shots in Milwaukee and said, "This year, I think you're going to see a whole different player."

That means making better decisions with the ball, and Cheeks emphasized Jennings needed to improve his shot selection.

Also tasked with helping him make better decisions on (and possibly off) the court will be veteran Chauncey Billups.

Billups has admitted he was no longer a star, and said his "15 minutes" was up. But he plans on doing what he’s done his entire career -- being a teacher, mentor and leader in the locker room and on the floor.

And Billups remembers that he was at one time the young player with obvious skills that just needed the right environment and opportunity.

"He’s in a great situation, man," Billups said of the young Jennings. "He has a guy like Mo Cheeks that can coach him – a great point guard who played for a long time. He has me who can help him through it, and actually be on the court and show him stuff. He couldn't be in a better position."

Now it is just up to Jennings to seize the opportunity. And Jennings says he’s ready to take it on.

"This is the reason I play basketball. If you don’t like pressure, you shouldn't be in the NBA."