Andre Drummond's defense under the microscope

Mike Prada takes a look at one player each week that is either struggling or has displayed strong skill development in the "Under the Microscope" section of his weekly "Prada's Pictures" feature. This week he focused on Andre Drummond, and what he can do differently to improve defensively.

Share All sharing options for: Andre Drummond's defense under the microscope

The following is an excerpt from Mike Prada's feature on SBNation.com. I recommend reading the complete article, which includes a breakdown on Phoenix's two-headed backcourt dragon plus observations from around the league, but I've highlighted the Detroit bits here for y'all to discuss.

It says a lot about Andre Drummond that he's a candidate to be an All-Star in his second season at age 20. It also says a lot that he's at that point with so, so, so much room for growth.

Armed with the responsibility of being a starting center, Drummond has continued to flash his limitless potential. He's already the game's best offensive rebounder, with anticipation and athleticism that nobody can match. Great offensive rebounders all have that "second jump" ability, which allows them to get off the floor to go get balls when their opponent is still gathering himself. Look at how many times Drummond gets off the ground before his opponent on this play.

He's still not getting many chances to post up, but that'll come in time. More importantly, he has soft hands and quick feet, making him the perfect finisher on cuts and pick and rolls. He has become excellent at readying his hands whenever he's around the rim, ensuring that no pass deflects off him. Some examples: 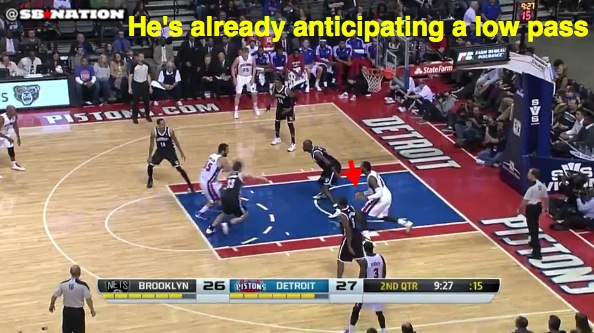 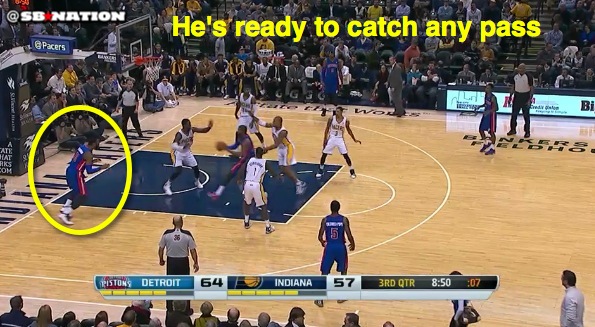 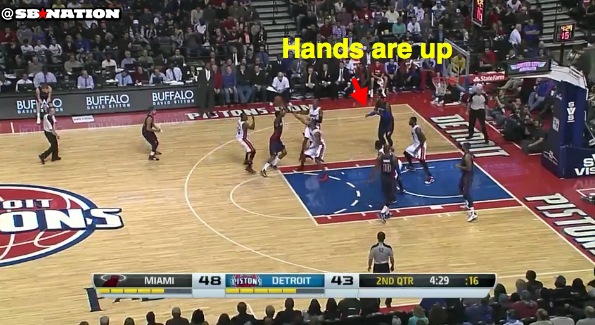 But despite all this, Drummond has a ways to go. This is especially true defensively, where his natural gifts have yet to make a major impact. Drummond has incredible potential to be the pre-eminent rim protector of this era. He blocks shots left-handed -- 45 of his 48 swats were with this hand -- which allows him to get perfect angles on right-handed players finishing with their strong hand. Notice how easily he sends this Dwight Howard hook shot back, for example.

But the process of learning proper defensive fundamentals is taking lots of time. For one thing, Drummond surrenders leverage way too easily in the post. Howard put on a clinic on Saturday simply because he got deep initially and kept pushing Drummond down with simple back-ins.

For another, he continues to stick to his own man instead of prioritizing help defense like other great defensive anchors, even if his man is a non-threat. There's absolutely no reason for him to be floating so far from the rim against a non-threat like Cody Zeller here. 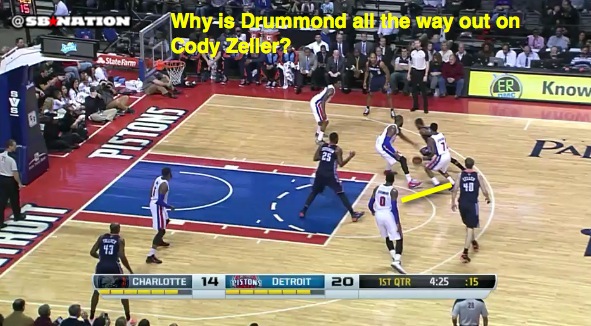 Worse, after going after shots with reckless abandon last year, he's letting a lot go this year. It makes sense that Drummond would be wary of foul trouble, but he's gone too far in the other direction. There's no reason that he can't at least make an effort to block or alter this shot. 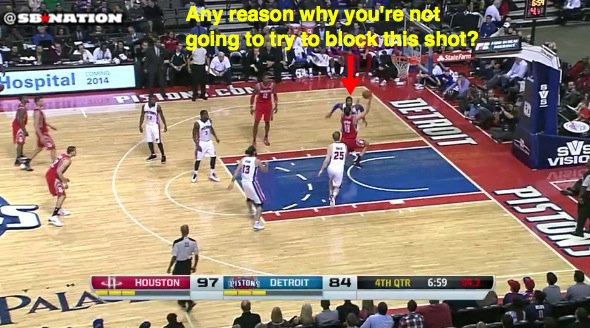 These weaknesses are reflected in the numbers. Detroit is 5.7 points worse per 100 possessions defensively when Drummond is in the game, per NBA.com. While some of that is the awkward fit between him, Greg Monroe and Josh Smith, a lot of that is Drummond's own inexperience for all the reasons stated above. It's that inexperience that causes a lot more of Detroit's defensive breakdowns than one would think. Perhaps instead of only blaming Smith, Monroe or the fit between the three bigs, we should acknowledge that it's tough to build an elite defense around a rim protector as raw as Drummond. Time is the best antidote to Detroit's woes.

In time, Drummond should correct these problems. If he does, the sky really is the limit.