There's some unsettling news out of Auburn Hills today as the Detroit Pistons announced that longtime trainer Mike Abdenour is out indefinitely on medical leave for undisclosed reasons. MLive's David Mayo reported the news a couple of hours ago, and Andre Drummond posted a message of support on his Instragram account along with the following collage: 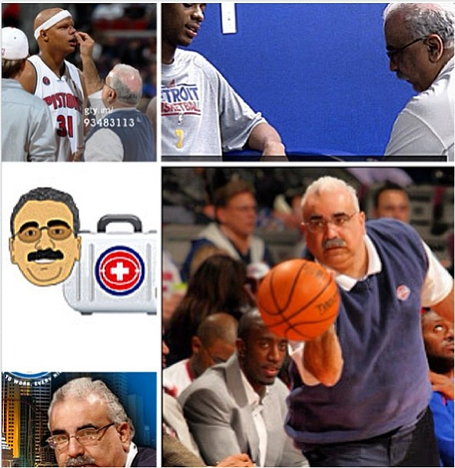 While the head coaching spot has been a revolving door during his time with the team, Abdenour has been a mainstay on the sidelines -- he's in the midst of his 34th season with the team. He joined the Pistons in 1975 after serving the same role with Wayne State University, and after a brief three-year stretch with the Philadelphia 76ers in the early 90's, he's been with the team for the past 17 years.

Here's to hoping Abdenour's absence is a short one, and that he returns in good health.