Dumars has let it be known that he wants to beef up the wings in Detroit. He did that by drafting Kentavious Caldwell-Pope, and he might do it again by entering the Andre Iguodala sweepstakes.

Fresh off of the NBA Draft and turning its attention to the Detroit Pistons might be poised to make a run at free agent forward Andre Iguodala, according to a report.

When discussing the reasons behind selecting Kentavious Caldwell-Pope ahead of players such as point guard Trey Burke, Joe Dumars opined that the Detroit Pistons were "desolate at the wing position."

Pope had draft evaluators salivating with his mix of strong perimeter shooting, ability to rebound, great steal rate and terrific defense combined with putting a largely sub-par group of teammates on his back night in and night out. 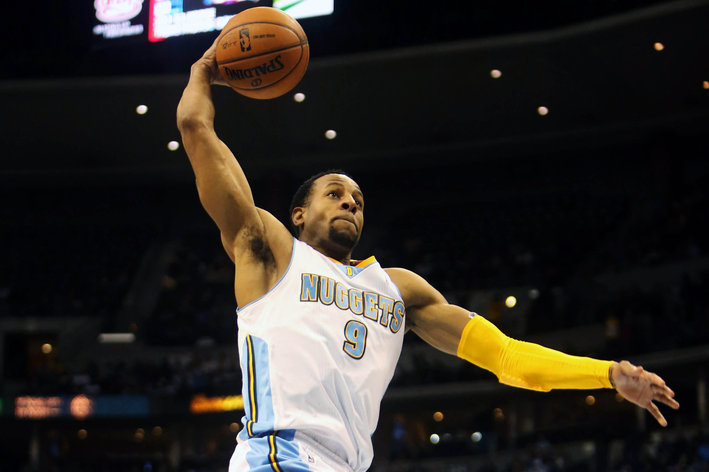 Thom not Tom Gores explores the reasons the Pistons should sign Andre Iguodala.

During the draft-night press conference after selecting KCP, Dumars elaborated even more.

And I can take it a step further and say that when we go into free agency we're still going to try and address that because you have to have multiple wing athletes in today's NBA.

Apparently that pursuit might include one of the marquee names on the free agent market -- Iguodala. 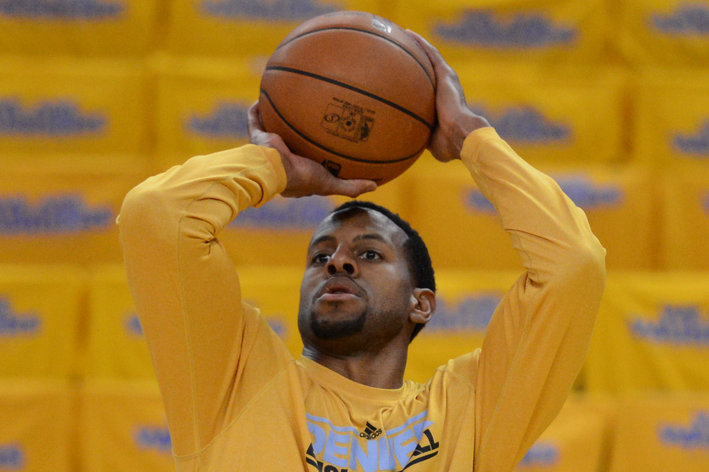 Mike Payne explores the reasons the Pistons should not sign Andre Iguodala.

We've talked at length about Iguodala in the past. To read the anti-Iguodala position check out this piece by DBB's Mike Payne, and to read the pro-Iggy position read this by DBB's Thom not Tom Gores.

A nickel summary of the arguments: The pro-Iggy side believes that Andre is a lockdown perimeter defender, a versatile player, has a history with new head coach Maurice Cheeks, and while he might have struggled last year it is largely because he was forced to play out of position.

The anti-Iggy side argues that while Iguodala is an extremely good player, he will be too expensive, is too old, and doesn't stretch the floor on offense to be a good fit for the rebuilding Pistons and its building blocks in Andre Drummond and Greg Monroe.

Coming off of perhaps the most satisfying draft in years (unless you see Trey Burke as head and shoulders the pick in front of KCP), does this news make you even more excited for a new era in Pistons basketball or does it make you drunk and surly in patented Detroit Bad Boys fashion?