While the Pistons might want to bring back the efficient point guard, they will have plenty of competition.

Amid the flurry of reports that the Detroit Pistons were interested in swingmen -- Josh Smith, Andre Iguodala, OJ Mayo, among others -- came some great news. The Pistons are extremely interested in bringing back the super efficient, sharpshooting Jose Calderon to run the point again. 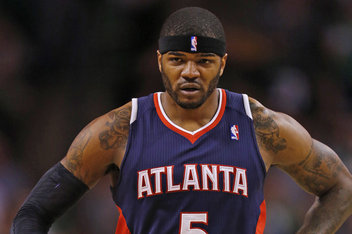 But they are not the only team hoping to enlist the services of the crafty Spaniard with the 3:1 assist to turnover ratio. It appears that he has already lined up a meeting with the Sacramento Kings and is high on the list of several other teams including the Dallas Mavericks, Atlanta Hawks, Houston Rockets and New York Knicks.

Detroit is still in a prime position, though, as they can offer him a healthy salary and starting position on what could be a young, up-and-coming team. And while the Mavericks, Hawks and Rockets are all interested, they have also committed themselves to varying degrees to the Dwight Howard sweepstakes and there is no saying how long Calderon wants to sit in the wind while that process plays out.

The Pistons by all accounts were extremely satisfied with the job Calderon did after being traded from the Toronto Raptors last season. He shot 52.7 percent from the field including making an eye-popping 52 percent of his three pointers.

Calderon also averaged 6.6 assists to only 1.8 turnovers per game. Needless to say, he was a big upgrade from Brandon Knight, Will Bynum and Rodney Stuckey.

And if the Pistons are indeed serious about signing an expensive, defensive-minded wing such as Andre Iguodala or Josh Smith then it becomes even more important that the Pistons retain the services of Calderon.

Detroit is building around its young, big-man core of Andre Drummond and Greg Monroe, who both do damage inside the paint. If the Pistons are going to bring on a wing without much range as more of a slasher, finisher and defender then the point guard and shooting guard spots need to be manned by players with deadly three-point accuracy.

Jose Calderon fits that bill. But for the same reasons he is attractive to Detroit, he is sought after throughout the NBA. We'll provide more updates on Calderon's destination as they develop.