NBA Trade Rumors: Pistons would be first in line if Rajon Rondo, Rudy Gay were made available

No indication yet either player is being officially shopped by their respective team.

Share All sharing options for: NBA Trade Rumors: Pistons would be first in line if Rajon Rondo, Rudy Gay were made available

While the Detroit Pistons seem to be taking the temperature of just about every free agent on the market save for Dwight Howard, there is also the possibility of exploring trades to shore up the team.

Two names that have been tossed out as potential trade targets are Rajon Rondo and Rudy Gay, according to the Two Vinces.

If Rajon Rondo becomes available, expect the #Pistons to be among the first in line

If #Raptors blow it up and move Gay, expect #Pistons to get in line.

This doesn't exactly come off as a shocking development but the Pistons beat writers are plugged in, especially about players long-coveted by Joe Dumars.

What would it take? 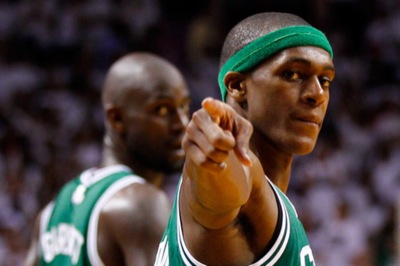 It would take a lot to pry Rondo away from the Celtics. Are the Pistons prepared to do what's necessary?

There are obviously advantages and disadvantages to each player. For Rondo, he's still an elite point guard and on an extremely reasonable two-year deal. And if the Celtics were truly only trying to unload as much salary as possible then the Pistons have attractive expiring contracts in Rodney Stuckey and Charlie Villanueva as well as excess cap space to take back more than they send out.

As an added advantage neither Stuckey nor CV are good enough to bring many wins to Boston so it wouldn't adversely affect their lottery odds (yay tanking!).

The downside, first and foremost, is that there is no indication that Celtics GM Danny Ainge would move Rondo just for cap space. And sending out a marquee player such as Greg Monroe or Andre Drummond should be categorically off the table.

Also, Rondo is a bit of a malcontent and there is no telling what introducing him into a young team with a recently losing history would do.

As far as Gay, I'm certainly not a huge fan of his game. He's an above average player paid like a superstar who takes too many shots and makes too few.

That being said, He's also only under contract for two more season. So if Dumars is adamant about improving the wing situation in Detroit snagging Gay at least prevents him from handing out a four-year deal to Josh Smith or Andre Iguodala.

As a bonus, if new Toronto GM Masai Ujiri is adamant about cleaning up the mess made by former GM Bryan Calangelo then he might want to ship out Gay. And in doing so he might also be willing to send out a little sweetener such as a future first-round draft pick.

I felt this scenario was pretty damn likely until the Andrea Bargnani trade made me question the very fundamentals of existence. Bargs was on an "untradeable" contract and history had shown he was both A. Unable to stay on the floor without getting injured, and B. Actively hurting his team when he was on the floor.

And yet Ujiri was able to send him to the New York Knicks and RECEIVE a first-round draft pick. It's a crazy world we live in.

Another downside to Gay, of course, is that he isn't nearly the impact defender of Smith or Iguodala, and the Pistons should be focused on improving their D as much as possible.

What do you think, Pistons fans? Would netting either of these two players be preferable than jumping into the free agent pool and trying to land a big fish?