Editor's note: DBB reader lazchance took on a challenge from DBB writer Mike Payne to do a deeper dive into what made Stan Van Gundy's Miami Heat teams so successful and what that might imply as to what he could do with the talent on-hand in Detroit. A little Big K.R.I.T. and a lot of basketball-reference later and here are the awesome results.

I want to start by saying I prefer film to stats. You can infer things from both, but I prefer seeing the process that creates the data rather than the data in isolation. That said, this article contains a metric ton of inferences based purely off of statistics. If you have some video of the 02-05 Miami Heat squared away on your YouTube channel that can help shed some light on this discovery, put that in the comments please (if for no other reason than my own personal edification).

I'm going to point to SVG's two full seasons with the Heat, partially because I think that gives us enough information to make inferences ("inferences" sounds so much better than "assumptions," doesn't it?) and partially because I don't want to parse the pre- and post-SVG Heat stats on BasketballReference. 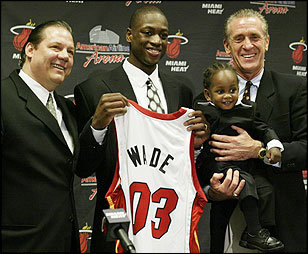 If I recall correctly, SVG started Wade at PG and worked the offense through him (You can infer this because Wade had the highest usage rate of any player over 1700 minutes and the highest AST% on the team) and Odom (who had the second highest USG % and third highest AST % on the team). The result? The Heat's ORTG increased nearly 6 full points (96.7 to 102.2) from 2002 to 2003, taking them from a basement-level offensive team to solidly average. And Wade didn't even shoot that well!

Defensively, SVG coached the Heat to a top-10 defense, the entire starting lineup had above 2 DWS and Odom put up the second-highest DWS of his career. Remember this is pre-hand checking crackdown, so a top-10 D without a real rim protector is impressive but not inconceivable.

The Heat had clear limitations though; No real point guard (Wade isn't a PG now and wasn't a PG then, and Skip only played 28 games for them), no real post scoring outside of Odom (who was effective from the interior but also floated around the perimeter [Sound familiar?]), and little post D (Brian Grant only put up 2.8 DWS, and Jermaine O'Neal killed them to the tune of 20.8/8.7/2.0 in the second round).

What can we infer from this season with regards to the Pistons?

SVG empowered Odom offensively and defensively by giving him a ton of responsibility (inferring that from aforementioned Usage Rate %). One can envision a scenario in which Josh Smith can serve the same function if he's able to reign in his jumper-happy ways. 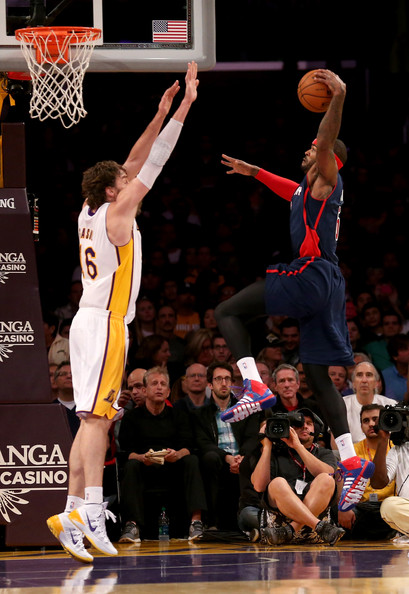 If Josh Smith attacks the basket more, history shows he could be an important part of a Stan Van Gundy offense.

Additionally, despite a huge cog of the offense (Wade) only shooting 53 three-pointers, the Heat attempted the seventh-most threes in the league. SVG likes coaching teams that shoot from the perimeter (bodes well for KCP, Datome, and to a certain extent Brandon Jennings).

Heat (59-23) lose in the Eastern Conference Finals to the Pistons in seven games. 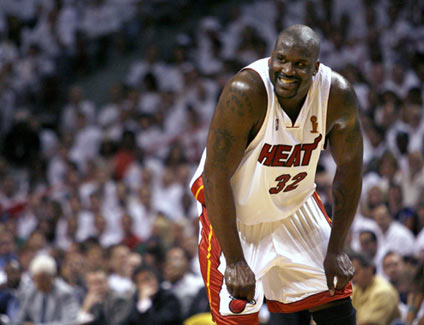 In other words, the team added two point guards to take those duties away from Wade and added Shaq to shore up their interior defense (which also expanded Haslem's role defensively) and act as an offensive black hole (in terms of gravitational pull, not shots, but we'll get to that) Wade could work with and around.

Riley might have brought in the pieces, but SVG put them to work. Shaq and Wade were dominant offensively, combining for 61% Usage Rate (Two guys at 30% Usage rate qualifies a black-hole territory). Insert good shooters (look at the shot charts for Eddie Jones, Damon Jones, and Rasual Butler), and a complementary rebounder (Haslem 3rd in Rebound % on the team, 9.1 RPG) who could also space the floor a bit and the results were good: Another huge jump in ORTG (8 points to 110.2).

Defensively, the Heat moved up to the sixth-best defense in the league despite allowing more points (this is the year the league cracked down on hand-checking, so points went up across the board). I have no idea what kind of system SVG ran, but again the entire starting lineup had more than 2 DWS, which is impressive considering this was the only time Damon Jones even SNIFFED 2 DWS in his career.

As much as I love the Pistons, SVG could have had Miami in the Finals if Wade played Game 7. That's good and bad; Good the Pistons made the Finals, but bad because if they hadn't I wouldn't wake up in a cold sweat some nights.

What can we infer in regard to this season for the Pistons?

If Andre Drummond ever turns into Shaq, the Pistons will probably be alright. Damon Jones' DWS infers that SVG may be able to turn Brandon Jennings into a league-average defender, which would be a minor miracle. And if Greg and Andre are going to play together, Greg is going to have to develop that 12-15 foot jumper that Haslem had to space the floor.

Basically, SVG emphasizes perimeter shooting (seriously, go look at that Damon Jones shot chart), but not to the detriment of his personnel (Wade attempted fewer than 100 threes in two years under SVG, and Haslem offered range but not out to the three-point line). However, now that he's President of Basketball Ops, there's little standing in the way of him changing the personnel.

My guess is that SVG will attempt to trade one of Josh or Greg for more floor-spacing, in addition to giving Jonas and Datome more of an opportunity to space the floor as part of the second unit. Additionally, expect the Pistons to be MUCH better on defense next year (Andre especially). I would estimate the Pistons being in top half of the league in DRTG next season and top-10 the season after that. 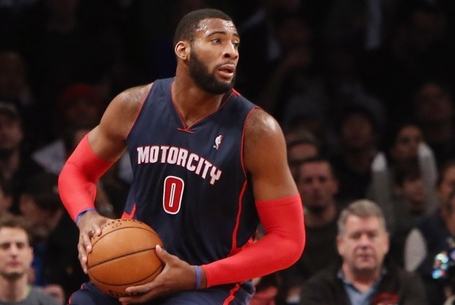 MFMP, who publicly shamed me into writing this.

Big K.R.I.T.'s Mt Olympus., which I blasted on repeat to finish this.