Does Stan Van Gundy's arrival signal something deeper for Detroit?

The best coach available just chose an unlikely team for a long-term partnership. Is this the beginning of a sea change for how free agents perceive the Detroit Pistons?

Share All sharing options for: Does Stan Van Gundy's arrival signal something deeper for Detroit?

In case you're living under a rock, you may not have heard the news -- Stan Van Gundy has joined the Detroit Pistons as the next head coach and president of basketball operations.  There has been much rejoicing, and fans have every right to be excited.  After five years of bad decisions, bad coaching and downright miserable basketball, the addition of Stan Van Gundy is a step in the right direction.

It'll take a while before anyone sees what Van Gundy will put together as team president and head coach, but in the mean time, another narrative is beginning to play out.  Beneath the excitement and adulation of the Stan Van Gundy celebration, this quiet narrative is barely audible.  If you listen carefully, you just might hear it yourself, beginning to stir in the wake of Detroit's big news.

On Wednesday evening, after the news had been confirmed that Stan Van Gundy had chosen to join the Detroit Pistons, a flurry of activity happened in the NBA coaching circuit.  Van Gundy was the first domino to drop, and the second was the decision by Steve Kerr to spurn the New York Knicks and join the Golden State Warriors.  The Warriors were rumored to be heavily interested in Stan Van Gundy, negotiating against Tom Gores in Detroit for Van Gundy's services.  When the Warriors lost out, they almost immediately reached a deal with Steve Kerr, a deal which left Phil Jackson and the New York Knicks empty-handed.

To recap, Stan Van Gundy's decision to join the Detroit Pistons had far-reaching ripples, waves in the water that left New York and Golden State without the head coaches of their choice.  Let's examine that for a moment.  Arguably the best available head coach just signed with a 29-win team over a 51-win and 37-win pair of alternatives.  A coach with a career .641 record saw the brightest opportunity in Detroit vs. any other vacancy in the league.

Yes, there are other factors in Van Gundy's decision, namely the size of the contract and the security of the dual role.  He wouldn't have that security in Golden State or New York, two teams firmly set with their current team presidents.  It's possible that neither of those alternatives would have matched Van Gundy's deal with Detroit given the dual role.  Golden State apparently offered Kerr 5 years at $25M.  Kerr was rumored to be seeking around $24M over 4 years from New York.  Van Gundy received a much sweeter offer from the Detroit Pistons, pulling in $35M over 5 years as head coach and team president.  If money was the number one factor, it's clear why Van Gundy chose Detroit.

Van Gundy has coached two NBA teams in his career, both of which featured the best big man of the day with Shaquille O'Neal in Miami and Dwight Howard in Orlando.  I believe that Stan Van Gundy sees in Detroit an opportunity for another long-term success on the shoulders of a truly great big man.  With Andre Drummond, Van Gundy has another shot at something that alluded him in Orlando and Miami: a championship.  And quite possibly, it's simply something he couldn't envision in either Golden State or New York, or any other team that has come calling since he left the Magic in 2012. 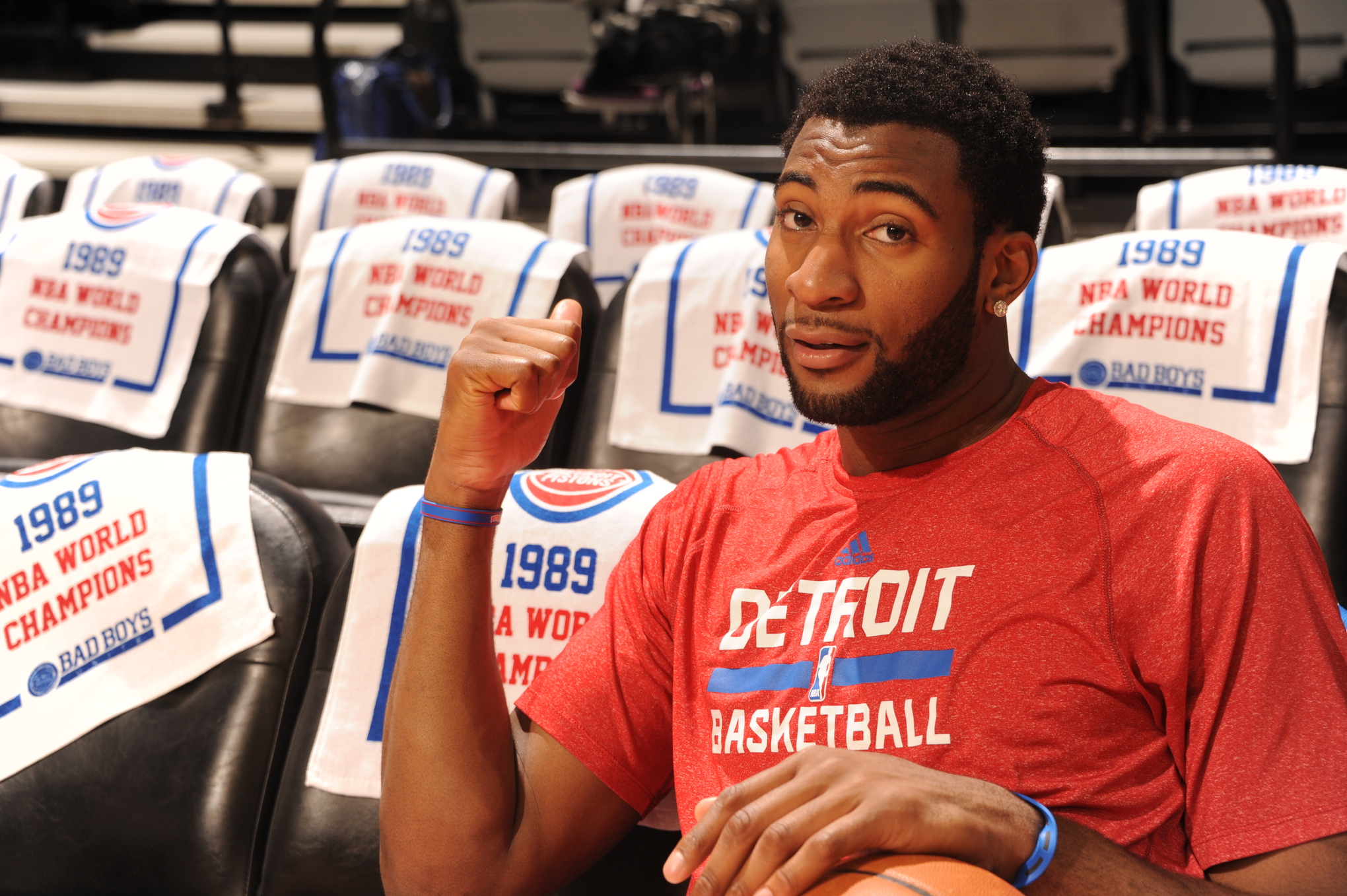 Recapping again, I think it's reasonable to speculate that the best available head coach signed with Detroit because he saw his greatest opportunity for a championship with Andre Drummond.

Not anyone who has called his number with a job offer since 2012.

If you're with me on this speculative journey so far, allow me to take this one step further.  That "quiet narrative" I spoke of above?  If Stan Van Gundy chose the Detroit Pistons over the alternative suitors, this signals a change not only in the attitude of the coaching community toward Detroit, but ultimately, players and agents as well.  The narrative that I feel began this afternoon in Detroit is that Detroit will soon become a legitimate free agent destination.  A franchise where players come for the opportunity on the court, not the chance to cash a check and tweet about it.  On the dominance of Andre Drummond and the guidance of Stan Van Gundy, Detroit will be bidding for free agents not just with money, but opportunity.  This could be the first time in a long time that Pistons fans know what that feels like.

I should clarify that I don't believe Stan Van Gundy alone is going to sway free agents toward Detroit.  To me, Stan Van Gundy isn't a factor as much as he is a symptom.  If my speculation is sound, I don't believe future free agents will come to Detroit to follow Stan Van Gundy, I believe they'll come here for the same reasons he did.  By comparison to other teams, from the Golden State Warriors to the New York Knicks, players will come calling for the best opportunity for success.  In the end, we have Andre Drummond to thank for that.  And hopefully it's the first of many thanks we owe to him in a long career in Detroit.