Pistons fans have met the Stan Van Gundy news with overwhelming positivity. What else is being said out there?

Excited to have SVG as the new @DetroitPistons coach! Ready for the season to start again!! pic.twitter.com/2lUMo4vPMO

Greg Monroe? Nothing, yet, except for a little T.I.

"All of his teams played well," Thomas said. "They were well-prepared and he is a good coach. He does a good job of coaching." [...]

"I think from the experiences he had in the league (he can handle both jobs)," Thomas said. "I do think he'll put a good enough staff around him and I do think he will be able to handle and manage both jobs."

Wow the pay scale has changed-a liitle more than I got when I signed with the PISTONS-wish Stan Van Gundy the best - http://t.co/33GJfnqWcH

Barkley on Stan Van Gundy's Pistons: "He got his hands full with them damn bums."

(Not the first time Barkley sounded off on the Pistons.)

... Shaq chose not to say a thing about Van Gundy's hiring on TNT late Tuesday night, instead sipping from a coffee cup while ignoring a question from host Ernie Johnson.

Zach Lowe on if SVG is worth it:

The Pistons are paying Van Gundy $35 million over five seasons to act as both coach and the team's top front-office decision-maker, according to both Yahoo (which broke the news) and ESPN.com. The salary cap does not apply to head coaches, and there are only a half-dozen or so guys who really move the needle. If you can get one of them, you should do it, even if it's pricey. Van Gundy is one of those guys.

The results speak for themselves too. When he took over the Magic in 2007, Van Gundy inherited the 22nd-best offense in the NBA and the seventh-best defense. In his first season Orlando improved to sixth in offense and fifth in defense. A season later the Magic remained a top-10 offense (eighth) while becoming the best defensive team in the league. In 2009-10 they had the second-best offense and defense.

Other than Van Gundy's final season in Orlando in which Dwight Howard was battling a nagging back injury, his teams outside of Epcot never finished outside the top 10 in offense or defense. His final year there, the Magic finished 14th in both offense and defense. Considering the Pistons were 19th in offense and 26th in defense but have talented players on both ends of the floor, a huge jump right away wouldn't be out of the question and should probably be expected.

The Pistons have made an incredible signing to change their culture. How holdovers adapt to the new ways of their coach and embrace a successful model will be interesting to watch.

I'm not sure how well Van Gundy will perform making basketball management decisions, but I'm expecting him to be rather good at it. His former players describe him as one of the most prepared coaches and I think that'll probably transfer over to his managing ability as well. And then there's Van Gundy the coach, who has taken his teams to the playoffs each year he's been a head coach. Van Gundy's talent as a coach is top notch. In Orlando he shined and innovated with an inside-out offense that relied heavily on three-pointers and utilized the stretch-four position before many other teams knew what to do with it. And their defense was rock solid every night with exceptional execution based around the generational defensive talent of Dwight Howard.

Van Gundy could turn around the Pistons quickly if all goes smoothly.

Our own Sean Corp on Van Gundy being given complete control (via Lottery Mafia):

Instinctually, I am against having one person in charge of personnel and coaching responsibilities. The minor issue is that there is an inherent conflict of interest and it almost serves to double down on any mistake because of a lack of checks and balances. The more substantive issue is that the job is simply too immense for one person, but teams with top-level coaches that have these personnel responsibilities (San Antonio, Los Angeles Clippers) have gotten better at realizing that and prioritize the need for a quality executive to serve as the right-hand man to handle scouting, cap management and analytics issues.

In a perfect world, the Pistons would hire a great GM and that GM would find a great coach and everything would work out wonderfully. Realistically, however, the team simply couldn't get a coach the caliber of Stan Van Gundy (and I do love him as a coach) without enticing him with more expansive team control. So I'm willing to accept that and hope he and the team still prioritizes finding a quality GM to serve alongside him.

Our own Mike Payne on if Van Gundy's arrival signals something deeper for Detroit:

Recapping again, I think it's reasonable to speculate that the best available head coach signed with Detroit because he saw his greatest opportunity for a championship with Andre Drummond.

Not anyone who has called his number with a job offer since 2012.

If you're with me on this speculative journey so far, allow me to take this one step further. That "quiet narrative" I spoke of above? If Stan Van Gundy chose the Detroit Pistons over the alternative suitors, this signals a change not only in the attitude of the coaching community toward Detroit, but ultimately, players and agents as well. The narrative that I feel began this afternoon in Detroit is that Detroit will soon become a legitimate free agent destination.

George Diaz from the Orlando Sentinel:

Van Gundy could have sat back and watched reruns of "The Daily Show" (one of his favorites) while pocketing severance money from the Magic. Instead, he chose to be a vested member of this community, going far beyond the quick fix of staying home and writing checks to ease his social conscience. [...]

Detroit gets a great basketball coach. Central Florida loses a guy who is invested in all the X's and O's of life. 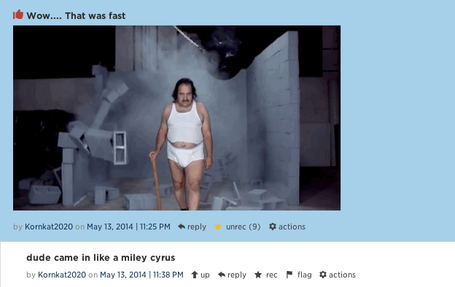 Seriously, there are A LOT of insightful reactions in the comments throughout all of our SVG posts. If you haven't already weighed in, feel free to do so in the comments below.