As coach and president, Stan Van Gundy will 'connect the floor to the front office'

Why did Stan Van Gundy want full control over the Detroit Pistons front office? It's not about power, and it's not about job security. It's about building something more.

Share All sharing options for: As coach and president, Stan Van Gundy will 'connect the floor to the front office'

Making the playoffs? Sure, that’s the plan, but he’s set his sights higher. Winning a championship? Without a doubt, but that’s still not enough. No, Van Gundy’s goal is greater than a single season of success, and it even transcends the NBA.

And as he weighed another offer from the Golden State Warriors — a winning team on the rise, in his preferred warm weather to boot — Van Gundy realized that his one true goal could only be achieved in Detroit, where owner Tom Gores sought to “connect the floor to the front office” by entrusting him with the dual titles of head coach and president of basketball operations.

With complete control of the sidelines and the front office, Van Gundy’s big, audacious goal is “to create the most unified organization in sports.”

“That's what the dual role is all about,” he said Thursday during his introductory press conference. “I came into the NBA in an organization like that in Miami with Pat Riley running it, and I think there's tremendous advantages there." 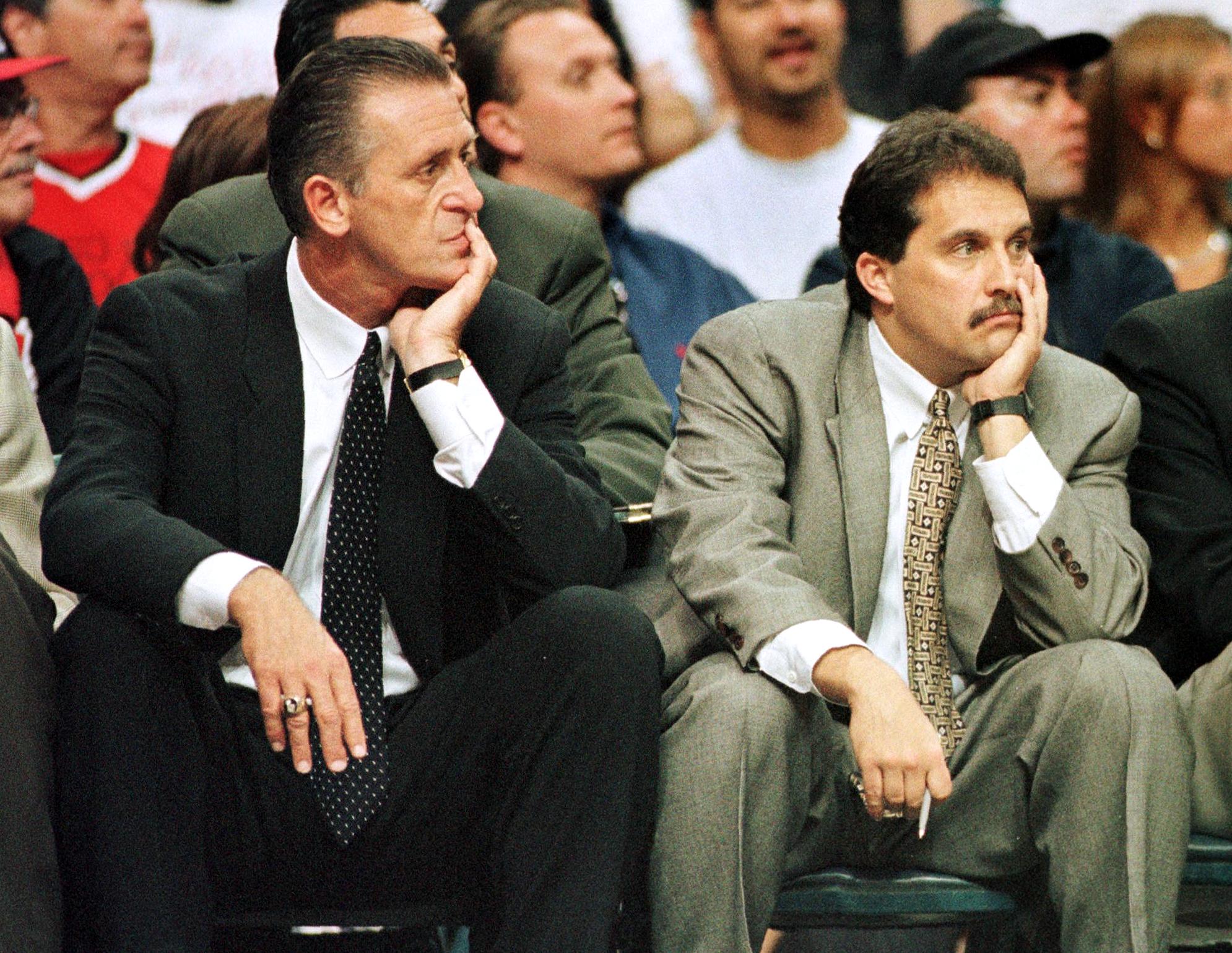 Van Gundy spent eight years as Riley’s assistant in Miami from 1996-2003, watching and learning as Riley lorded over the entire franchise. When Riley stepped aside to focus solely on the front office in 2003-04, Van Gundy and a rookie Dwyane Wade took the Heat to the Eastern Conference semifinals. The following year after Riley added Shaquille O’Neal, the Heat entered the playoffs as the No. 1 seed in the East, eventually falling to the Pistons in a tough, seven-game Eastern Conference finals.

What happened next is up for debate. Officially, Van Gundy resigned 21 games into the 2005-06 season to spend more time with his family. But the more publicly accepted version of events is that Riley forced Van Gundy out after growing antsy watching from afar.

Whether Van Gundy was unfairly pushed off a championship-ready team is irrelevant: Riley returned and the Heat won their first NBA title. The man in charge did what he felt was necessary to put his team over the top, because he could.

Van Gundy watched. And he learned.

After running into a similar situation years later with the Orlando Magic, this time dealing with a disgruntled superstar in Dwight Howard who was scheming directly with the team president Alex Martins to have Van Gundy fired, Van Gundy stood his ground, stating the truth as he knew it rather than engage in dishonest "bullshit" to cover up somebody else's motives.

Van Gundy was dealt a shit situation and handled it the best he could given the constraints of his job description. But Howard and Martins’ actions didn’t just infect the locker room, it also fractured the front office — after Van Gundy was fired at the end of the season, general manager Otis Smith also decided to leave. And it was all for naught: Howard, too, eventually departed via trade, and the Magic have won a combined 43 games the last two seasons.

After suffering through so many battles, Van Gundy is eager to replace the undermining with unity.

"I think what you do need to win, you need one voice and everybody all on the same page," he explained Thursday. "I think it's hard to get when you have a lot of people in charge. People start pulling in the other direction, might be together for awhile and then you hit some adversity and everybody starts pulling in different directions.

"This makes it a lot easier. That's what it's all about. We've got a chance of one voice."

One voice sounds fine, so long as it's saying the right things. But could the stress of coaching influence rash front office decisions? Van Gundy plans to avoid that by hiring smart people who ensure the one voice is a voice of reason.

"You have to have great people around you, and that's why the structure will be set up that the day to day operations in terms of the personnel side, especially during the season, we'll have very, very good people doing those things. ... If I do like some coaches -- at least one who's worked here at times — and walk in and say, 'I want to get rid of so and so because they had a bad game,' I better have people smart enough around me to say, 'All right, let's talk tomorrow morning.' I don't think that will be a problem at all."

Given how his first two stints ended, it makes you wonder how seriously Van Gundy considered joining the Warriors, an organization that fired Mark Jackson after posting the team's best record in 22 years. Ultimately, what mattered more than inheriting a ready-made winner in a warm locale was Gores’ commitment to building an organization with a singular focus on winning. 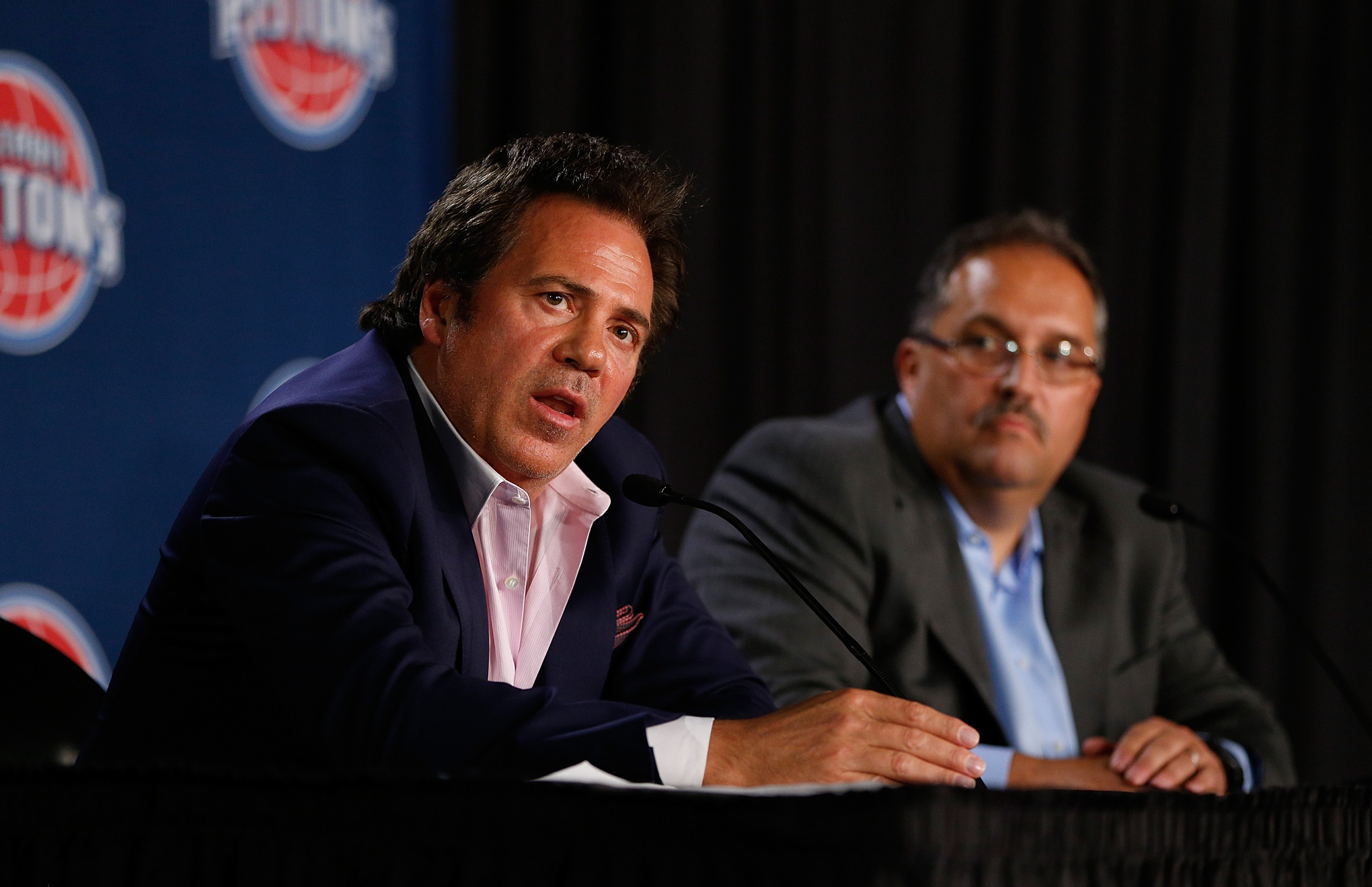 “This is the defining moment,” Gores said of ceding the sideline and front office to Van Gundy. “It is the most important decision we have made as an organization. Not only did we hire a coach and president of basketball, we are resetting the culture of the franchise. I am convinced, I'm so confident that this is going to work. We both have the passion for it. I know he's going to be as prepared as ever when it comes to any decision we're making.”

And, my, is Van Gundy prepared. His first meeting with Gores lasted six and a half hours, and along with a massive playbook, he brought a binder that detailed his vision of how his front office would operate.

"I've given it a lot of thought," Van Gundy said. "I didn't just walk in and have a discussion — I walked in with a plan of an organizational structure and staffing and principles and processes. These are things that I've thought about for a long time — and for the last two years, I've had a lot of time to think and to put things down."

Even though only two other teams in the NBA allow their head coach the type of power that Van Gundy now has, Gores is confident he's found a man that deserves the responsibility.

"Stan has just great respect for the details and structure," Gores said. "We talked about how we're going to structure this — and it is a big enough job [just] to be a coach. I personally love the idea that the floor is connected to the front office. And I think it's a model that will work with the right people. I don't think [just] anyone can handle it — Stan is unique in handling it, he understands leadership, organizational structures."

And for Van Gundy, that responsibility is the means to an end more important than simply amassing power or job security.

“You want the conditions that allow you to be successful,” said Van Gundy. “It has nothing to do with power. One of the big problems … in our league right now, in a lot of places, there is not a great connection between front office and coaching, and you see it. I don't have to tell you where the situations are, but you see it.

“This set up [has] nothing to do with power. It allows us to really create a tremendous synergy in a very unified organization where we're all on the same page, and that's all it's about.”

Next Up In NBA