After almost 30 years with the Detroit Pistons franchise, it might be fate for Joe Dumars to wind up back in his home state, but not because he's from there and is chummy with their ownership group.

As most of you are well aware, Joe Dumars was born in Shreveport, Louisiana, grew up in the Cajun state and attended McNeese State for four years before he was drafted by the Pistons in the 1985 NBA draft. He's been a Detroit Piston, in one capacity or another, ever since.

That could change, though, and Dumars could get back to his roots, if New Orleans owner Tom Benson decides to part ways with General Manager Dell Demps. Demps is entering the final year of his contract and there have been rumblings he could be axed before it expires. If that happens, Zach Lowe of Grantland said Dumars' name is one to watch. From the same article Sean Corp linked the other day:

Two names to watch if the Pellies eventually part ways with Demps: Joe Dumars and Bobby Marks, the Nets' assistant GM. Dumars is from Louisiana and tight with higher-ups from the New Orleans Saints, a relationship that dates to well before any real possibility Tom Benson would ever own an NBA team. Marks is well respected and could become a candidate for the New Orleans job.

The Oh, he's from [State] and has friends there seems like such an overplayed way of manufacturing storylines. It's probably what had stories linking Dwight Howard to the Atlanta Hawks and now Greg Monroe to the Pelicans. (Holy shit aside: can you imagine if Dumars goes to the Pelicans and he takes Monroe with him???)

Predicting that Dumars will one day run the Pelicans should not be based on the fact that he's from Louisiana and knows their executives well; it should be based on signs from the greater powers that be.

Such as ... this from a recent story in Louisiana (emphasis not needed, but mine):

Chad Stanley said he found a ballerina and a bust of Detroit Pistons great Joe Dumars, who played at McNeese State in Lake Charles, inside a pelican statue a month ago. Stanley said the Dumars bust had Pistons 4 on the front and Dumars on the back.

What the f...ront office? What does it mean that Dumars was inside a pelican statue?

Shawn Blank said it is called reconstituted slip. He said if a statue has imperfections and is still soft enough, some manufacturers will try to recycle it by putting it back in with a large batch of mud or clay. If the imperfect statue is not completely mixed in, it can find its way into larger statues.

It sounds like Dumars, and all his imperfections, is already a fit with the Pelicans -- and a bust. It is decided. 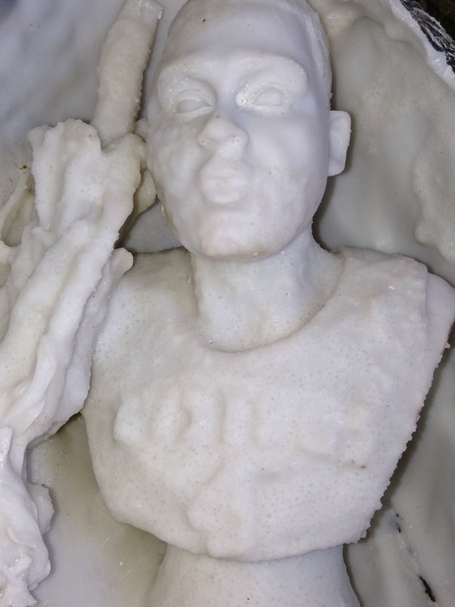 Update: Wow, DBB reader "The truth Rodney White" emailed a picture of the finished product of the bust -- he thinks it was created as a giveaway for Dumars' inclusion in the Basketball Hall of Fame's Class of 2006: 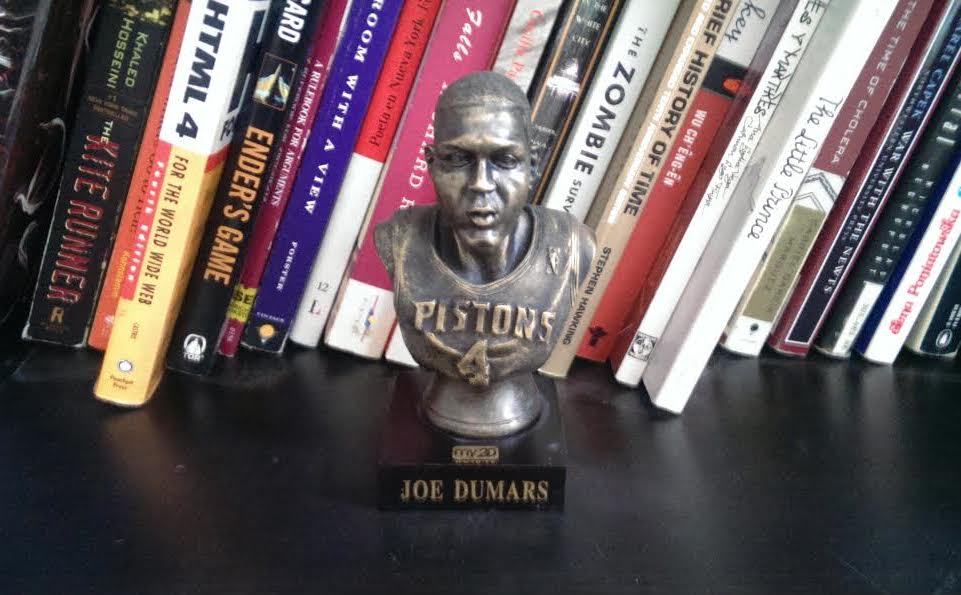