The hiring of Stan Van Gundy got me thinking, where would he rank among today's NBA head coaches?

Share All sharing options for: Ranking every head coach in the NBA from Gregg Popovich to Maurice Cheeks

When the Detroit Pistons announced the hiring of Stan Van Gundy to be their new head coach and president of basketball operations, the organization bragged about bringing in one of the top coaches in the NBA. And the more one hears from those covering the game and from Orlando Magic fans that saw him in action for years, the more it seems like Van Gundy truly is one of the tops in his extremely elite profession.

But what's the fun in just saying that when instead you can create a ranking of every NBA head coach using arbitrary tiers you just made up because you're stuck inside an office on a beautiful Friday? A couple quick notes at the top: the list includes every head coach currently employed that has coached an actual game (sorry, Steve Kerr) as well as coaches fired in the past year, because, hey, maybe they'll get another job. It doesn't include Rick Adelman (retire) or John Loyer (interim head coach).

The coaches are ranked in their individual tiers, but that isn't to say that if you put everything in one big list that, say, the person on the bottom of one tier (Erik Spoelstra) would rank above the person on the top of the next tier (Tom Thibodeau).

I obviously haven't seen nearly enough games to assess the tactical quality of many of these coaches, so hopefully this will generate some good discussion and fans of some of these teams can enlighten us on where their coach should rank.

On with the show! 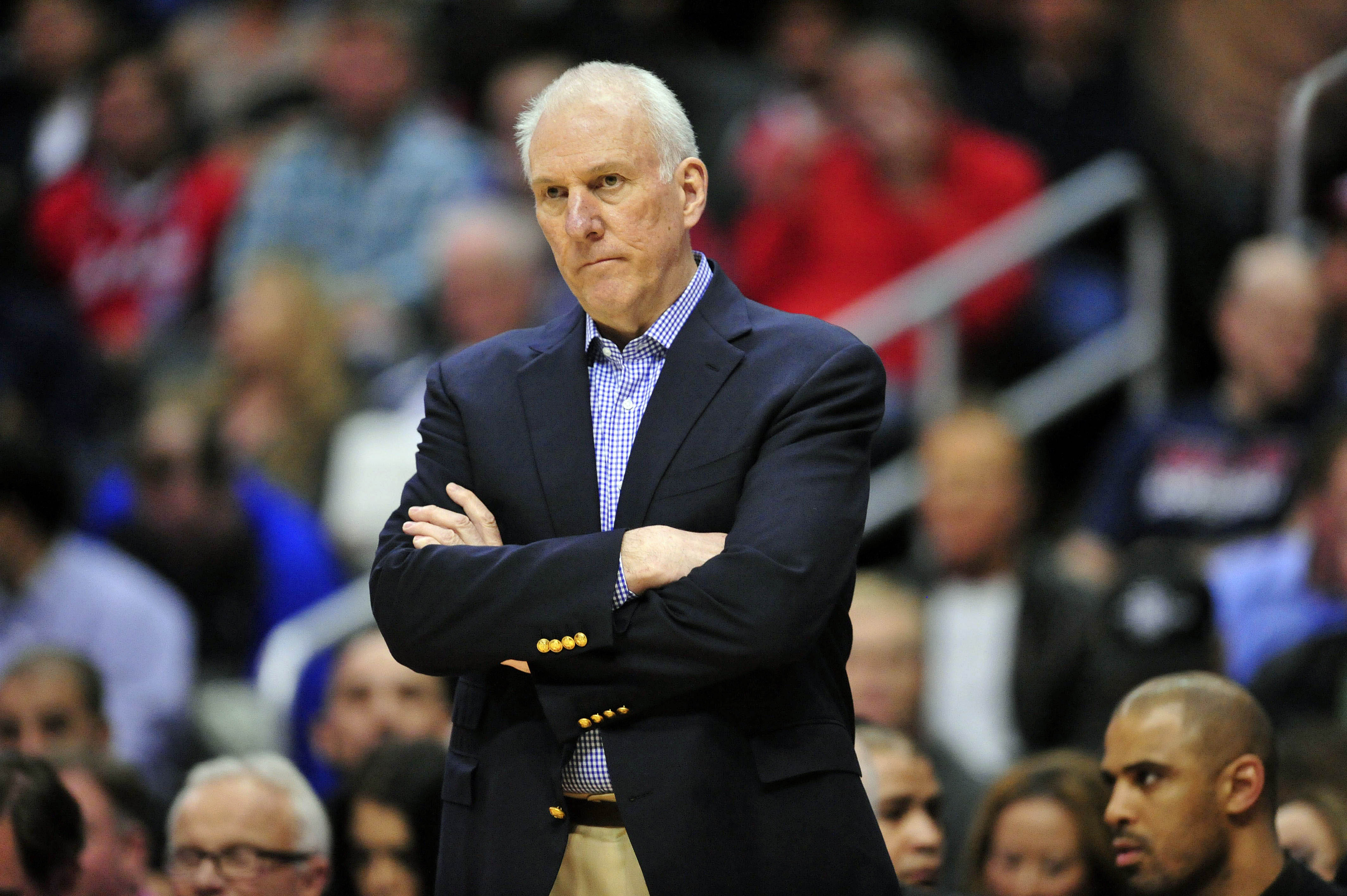 A League of His Own

There is just no getting around that Popovich is the standard bearer that all his contemporaries shall be judged. While some naysayers might cry that it's got everything to do with Duncan, Parker and Ginobili, what Popovich does year-in, year-out is amazing. He has completely remade the style of his team while keeping his core in place, sets the tone for the best-run organization in sports and is consistently able to fit a new cast of characters into role playing duties to ensure team success. Simply amazing. 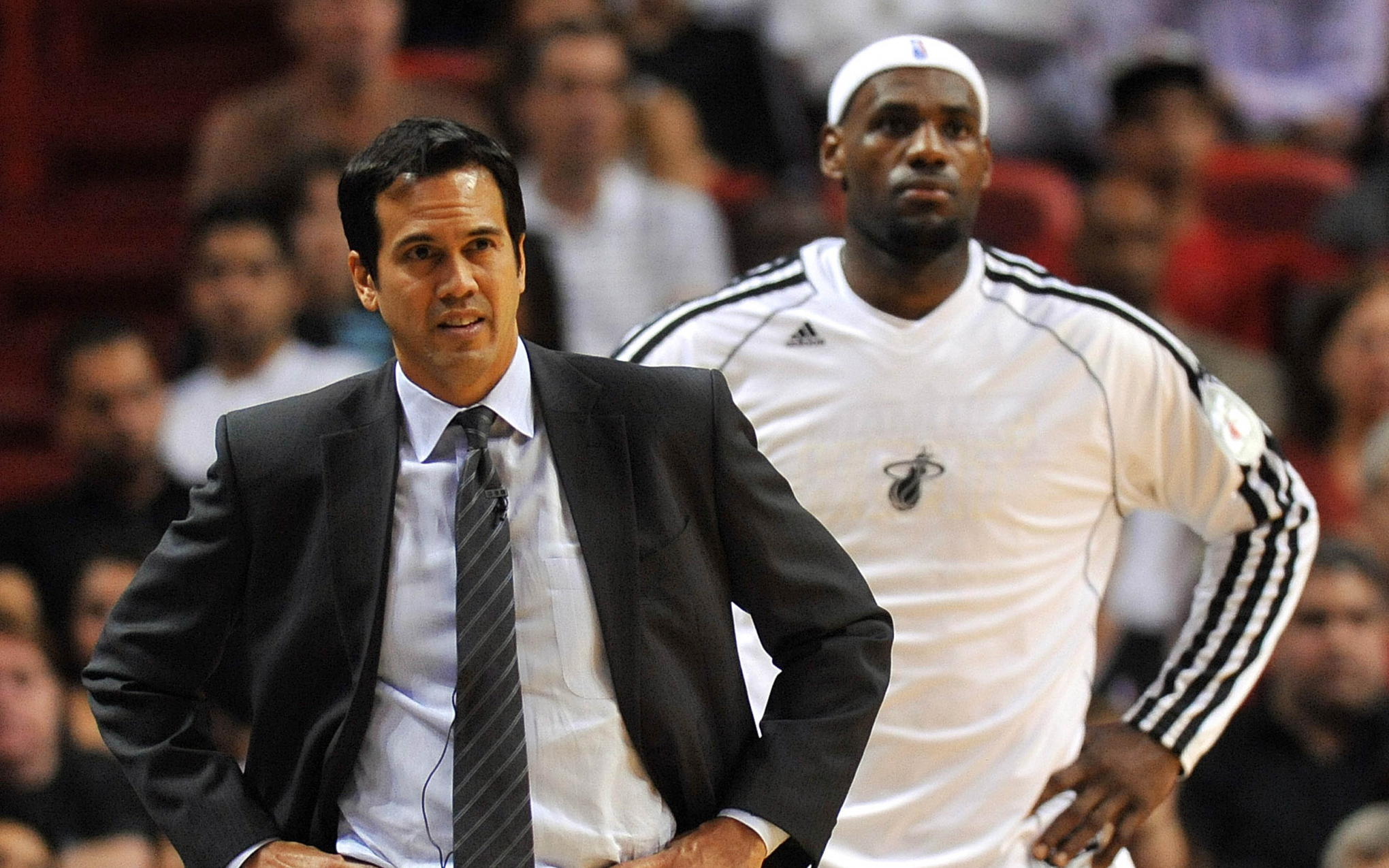 I consider Rick Carlisle to be the heir apparent to Popovich. Carlisle proved he was a brilliant defensive mind that could get players to buy into his system when he first arrived on the scene in Detroit. But he also showed in stints with the Pistons and Pacers that he didn't yet have the total package. Once he arrived in Detroit, however, he not only delivered his typical tactical acumen but also proved that he was much more adept at handling egos and truly running the team.

Rivers and Spoelstra are the only two other coaches in the NBA to have delivered home a championship. I'm not as sold on Rivers as an X's and O's coach, but there is no better master of the locker room and getting his players to buy in. And that buy in pays off when you're able to hire some of the best assistant coaches that are able to implement solid offensive and defensive schemes.

Spoelstra, meanwhile, has such a stacked roster that it might work against him. From the outside, it might seem easy to build a champion around LeBron James, Dwyane Wade and Chris Bosh. But Spoelstra has proven that he knows his stuff, and he was able to craft a gameplan that took advantage of the strengths of both his big three and his motley crew of supporting players. I think the NBA will see what a good coach Spoelstra is as he is forced to deal with the aging of Wade and eventually the loss of his core. 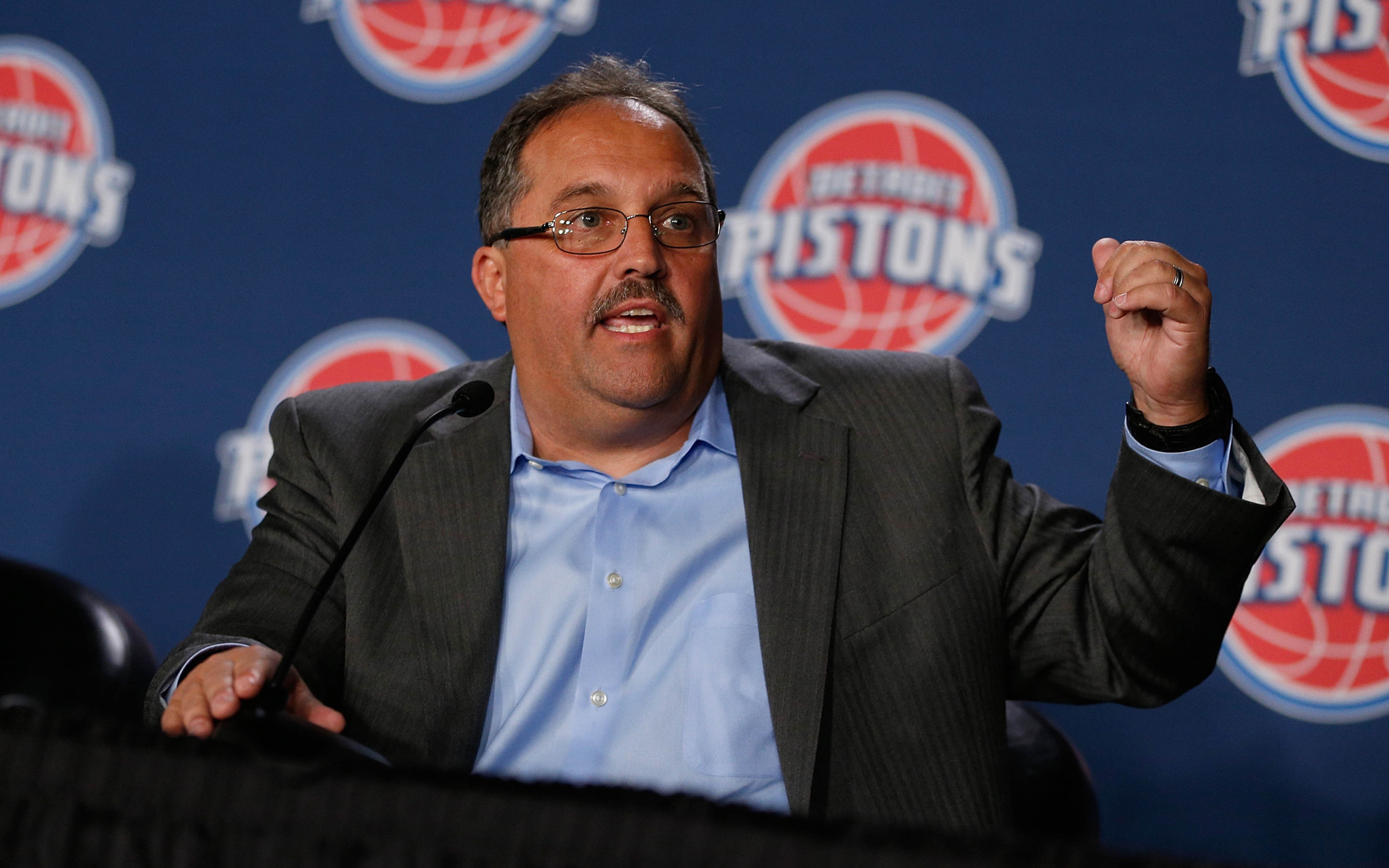 The Bulls are addicted to grit

Chicago GM Gar Forman made an eyebrow-raising comment on the science of "grit," the much-maligned cliche. But he might he be onto something.

The Bulls are addicted to grit

Perhaps it's my Pistons bias showing, but I think Van Gundy belongs on the top of this list because he was able to build both an elite offense and an elite defense while in Orlando while Thibs and Vogel have only been able to master one side of that equation. It helps when you've got Dwight Howard in his prime, of course, but you can't make a top-5 defense off of one player alone, and he was able to do it with the likes of Rashard Lewis and Hedo Turkoglu getting big minutes.

Thibodeau probably does more with less than anyone else in the NBA. With Derrick Rose's future up in the air, he has kept his team competitive, winning and committed every night. Vogel, meanwhile, has installed a truly elite defense in Indiana and he did it in relatively short order. But it's hard to look past the mini-collapse of the Pacers in the latter parts of the season. Things are back on track now, but if the Pacers again fall to the Heat how will fans in Indy look at this season?

Also interesting to note, and perhaps this is my biases coming to the forefront again, but all of these coaches reside in the Central Division. 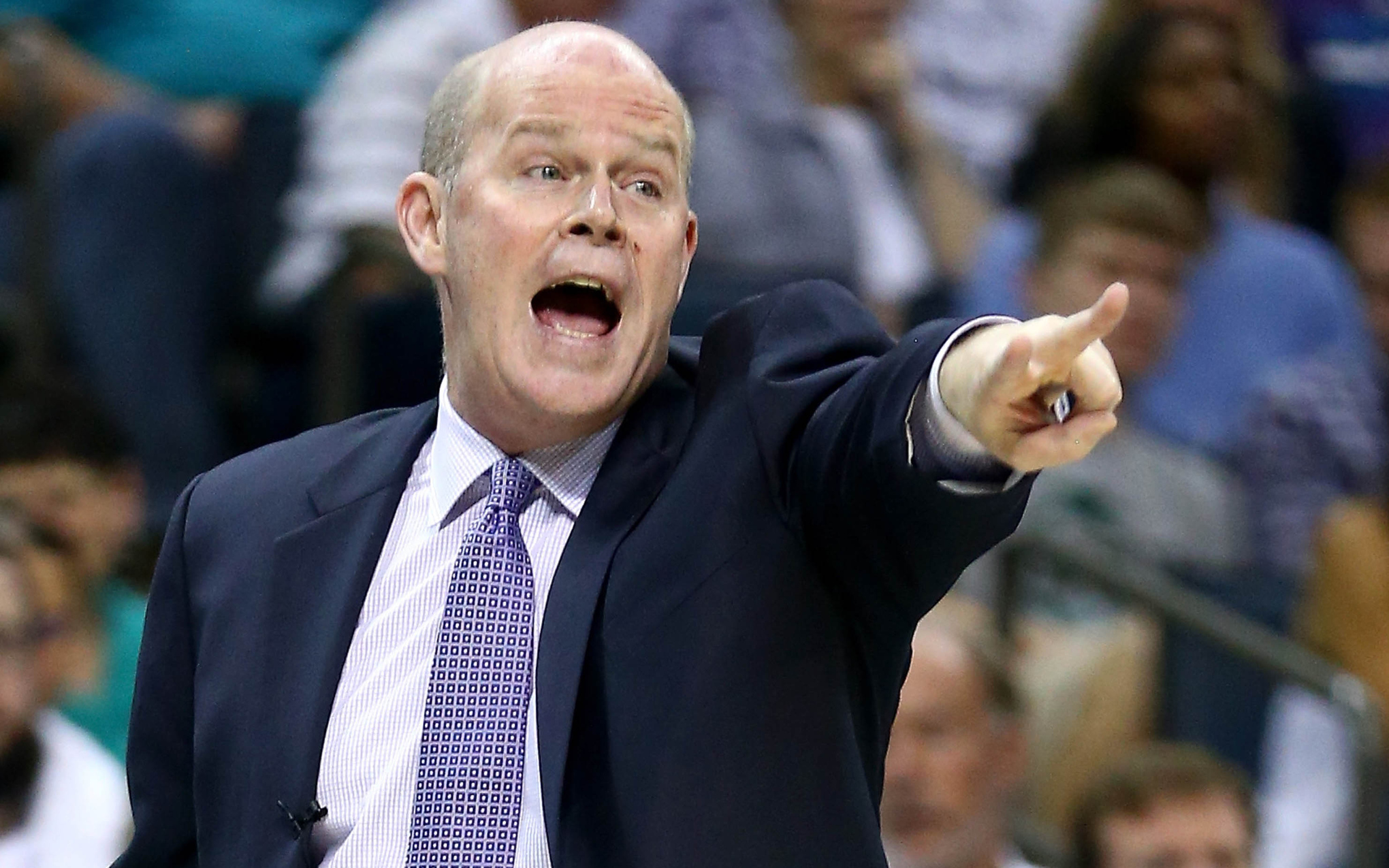 An ode to the best non-playoff team ever, and one of the most fun parts of this NBA season.

A look back on the Hawks season

A look back at the 2013-14 Atlanta Hawks reveals some disappointment but the groundwork was laid for a promising future.

Perhaps it's unfair to list these new coaches as the next tier. Maybe they're just the shiny new baubles and will prove to be overmatched. But if you're an NBA fan, it's hard not to be excited about what looks like the new generation of coaching. Hornacek took a team that was supposedly tanking and brought them to the brink of the playoffs in the stacked Western Conference. Clifford took a team bad on both ends of the floor who had just signed the defense-deficient Al Jefferson and built a really solid defensive team while also knowing how to build an offense around his low-post behemoth even while dealing with middling results from many of his perimeter players.

Budenholzer took a team that lost its best player (Al Horford) in the beginning of the year and built a surprise playoff team. Even better, he proved his mettle by taking the ability to game plan in the playoffs to build essentially the perfect attack against the heavily favored Pacers. Joerger looks like he is foolishly on the outs in Memphis, and while he definitely had the best roster of this crew, he made sure the team didn't really miss a beat from the Lionel Hollins era. Last is Stevens. I struggled on whether he belonged in this grouping as the results are so much poorer than everyone else's. But it's hard to look at that roster and all of the decisions he made in the season and think that anyone else could have done better. 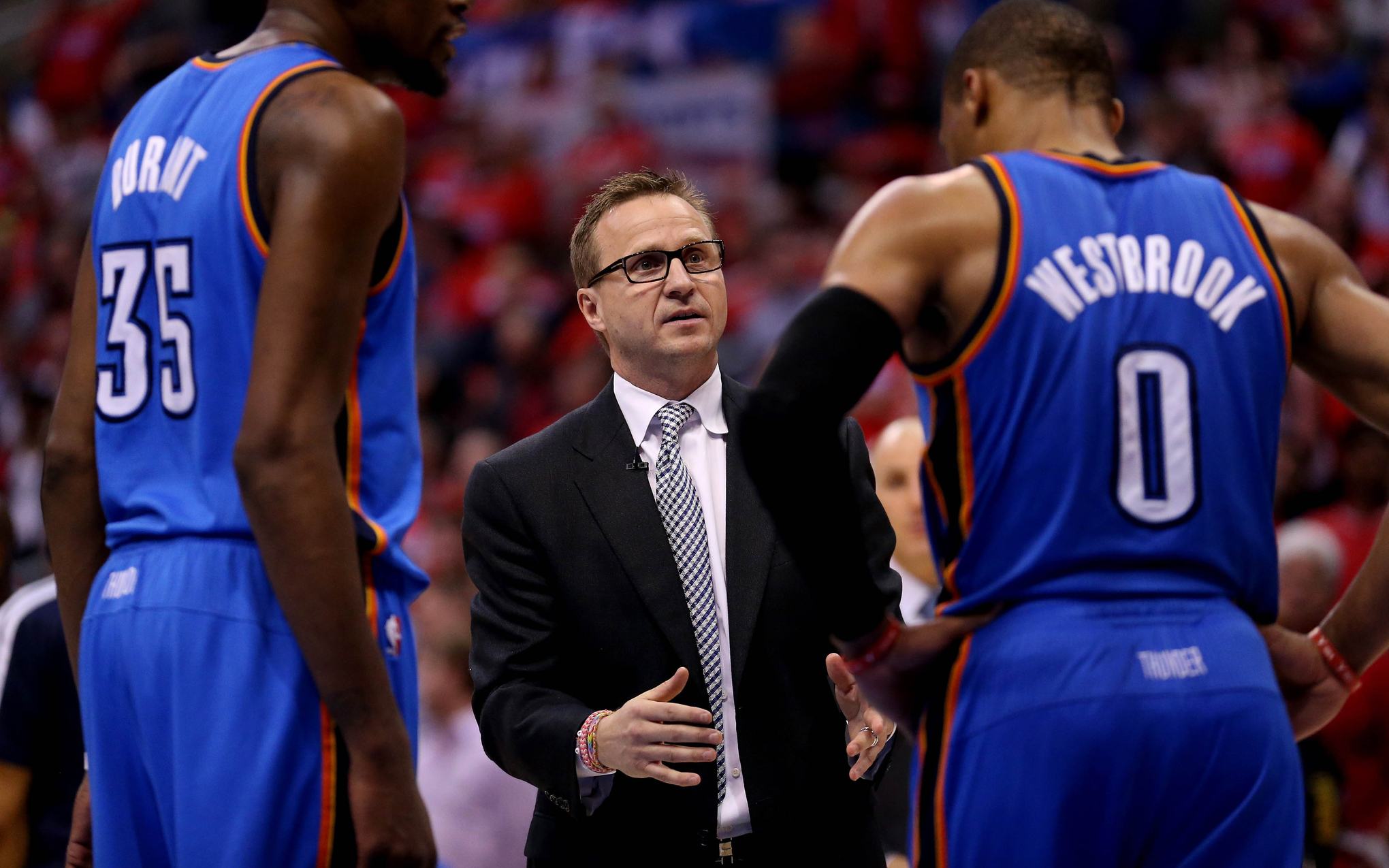 The Best of the Vets

How good are the Blazers (Honestly this time!)

FINALLY Dave gets down and dirty, spelling out which parts of the Trail Blazers' enormously successful season are most likely to bear fruit and which might be getting too much attention.

How good are the Blazers (Honestly this time!)

This group is longtime veterans who are finally on the upswing because they have finally been given some talent to work with. Of the group, I think Stotts is the best because he gets more out of the least-talented roster. Everything works through Damian Lillard and LaMarcus Aldridge, but Stotts uses his complimentary pieces and a thin bench to great effect. If the team is able to somehow get a little deeper, watch out. Brooks, meanwhile, has the most talent to deal with. He has the most versatile scorer in the game in Kevin Durant and a ferocious guard in Russell Westbrook. I just think his offensive game plan asks them to do too much of the heavy lifting on their own. It's a constant barrage of ISOs and trying to break down defenders. You rarely see Durant put in a position where he gets to convert an easy bucket outside of transition opportunities.

I am quite high on McHale as a coach, but I think the playoffs certainly exposed the flaws in the Rockets as currently constructed. Still, he's gone from 34, to 45 to 54 wins as head of the Rockets so it's not like he's letting the talent infusion go to waste. His team continues to get better and he is getting them to perform up to their talent level. Casey rounds out the group as he surprisingly brought the Raptors to 48 wins this year. I just wonder if it's repeatable. He's a good coach, but I'm not sure he's great so he's at the bottom of this group. 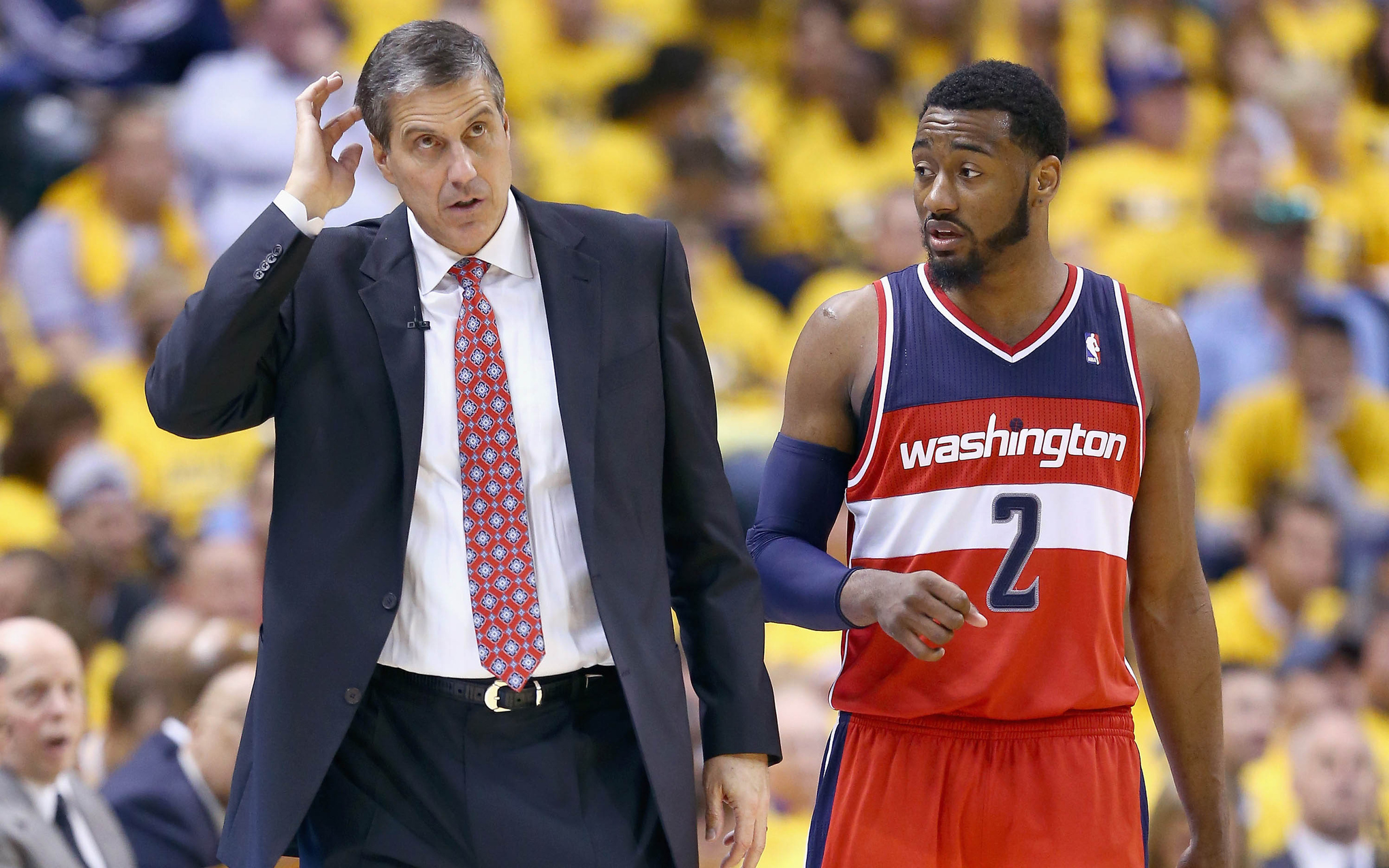 The Rest of the Vets

Wizards should go for a big splash in free agency

Fresh off their best season in years, the Wizards have lots of salary-cap space and a stated desire to one day be in a position to sign an important free agent. What better time to do that than now?

Wizards should go for a big splash in free agency

Yes, the Wizards made the second round of the playoffs this year. But one playoff showing in eight years and beating a supremely offensive challenged Bulls team? Meh. I'm just not impressed. Drew, meanwhile, took a talented Atlanta team and got them just about where you'd expect and took an untalented Milwaukee team straight to the NBA cellar. Williams, meanwhile, doesn't have much to show for his four years in the league. Next year with a healthy roster and some expectations will be his do-or-die year. 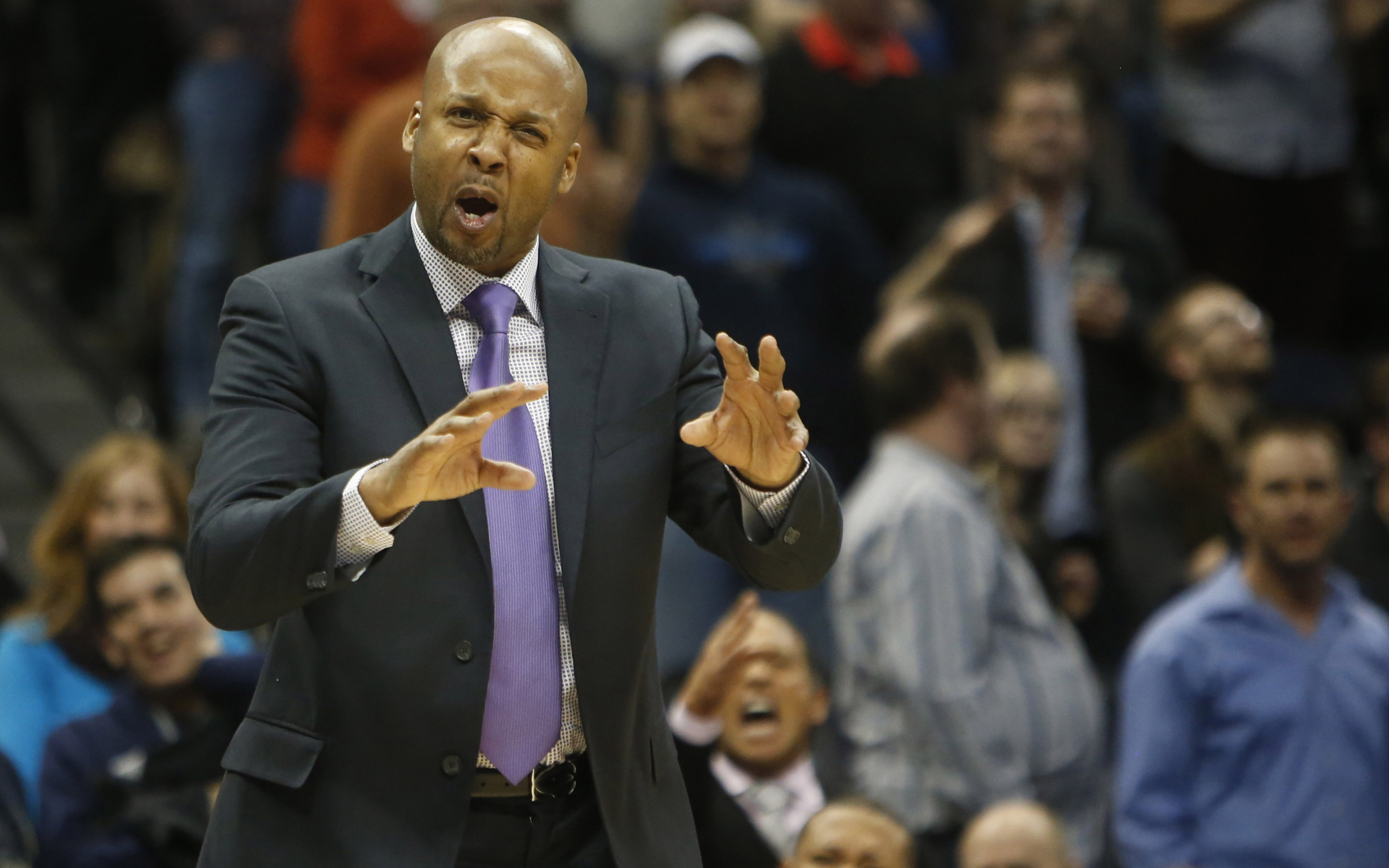 Jury is Still Out

These are coaches that are basically newish coaches performing up to either high or extremely low expectations. It's hard to come down one way or the other. Congrats, Jason Kidd you took the league's most expensive roster loaded with talent and brought them to 44 wins in a crappy conference. And congrats to you Brett Brown on taking a roster with hardly any discernible NBA talent and piloted them to 19 wins and a 26-game losing streak. Ask me about these guys again in two years. 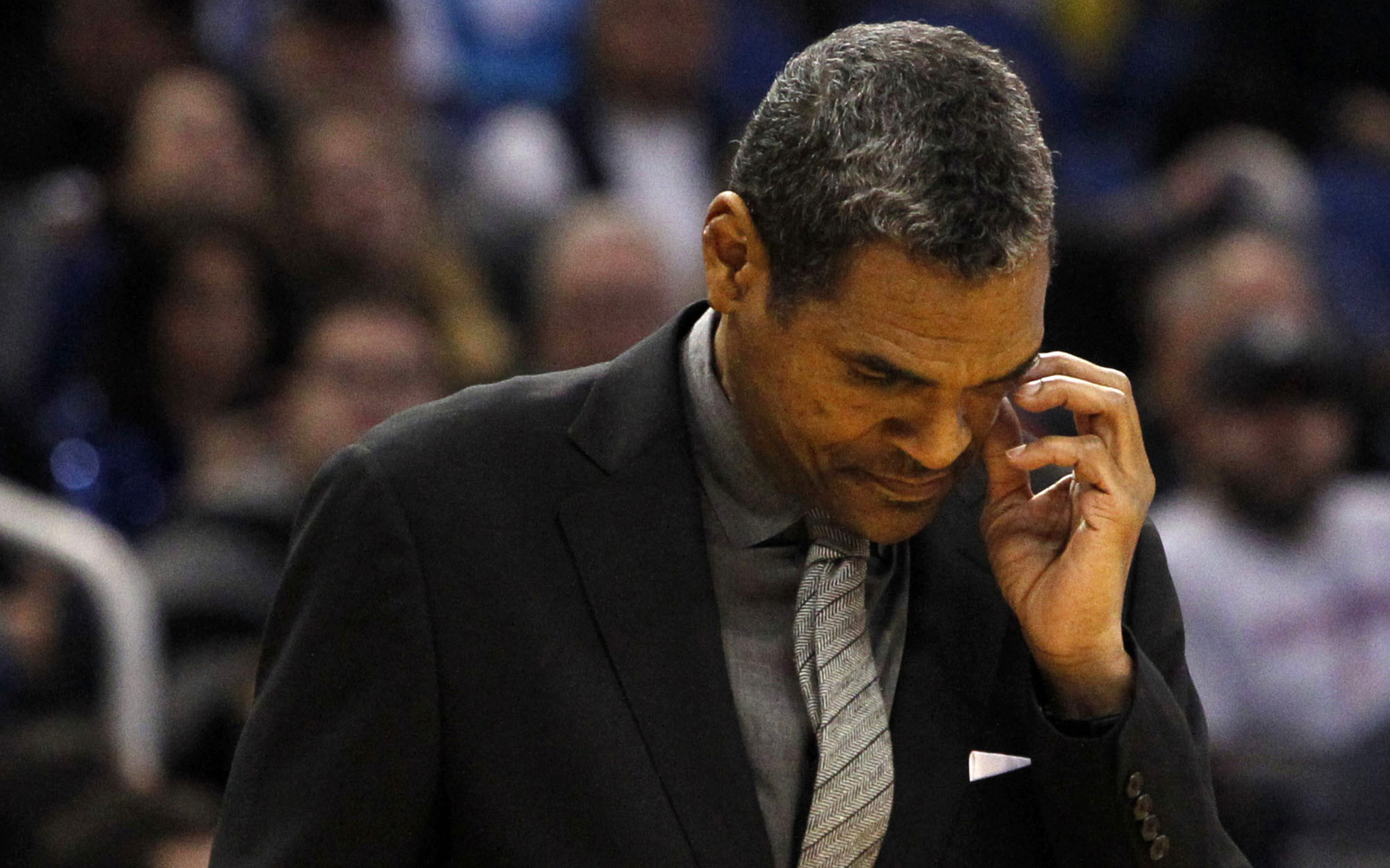 Nothing You Can Do About That

Well, not everything. But this gives you a good idea of what Stan Van Gundy has in store for himself.

So, to be on the safe side, maybe don't hire a head coach whose name starts with M. This is this year's crop of deposed coaches. It's mostly a great big pile of disappointment but it's comforting to know that the Detroit Pistons hired and fired perhaps the worst head coach on this list. It was a real battle between Cheeks and Corbin but I went with Cheeks last because poetic justice.

Now that I've unveiled my arbitrary rankings and provided you with all the basic information you'll need, how would you rank the NBA's best and worst coaches?