The man had pretty impeccable taste judging from these photographs.

Ben Gordon has put his Oakland Township mansion up for sale and is asking for $4.18 million. The home was purchased in 2009 after Gordon signed a huge five-year, $55 million deal with the Detroit Pistons as a free agent.

Gordon was eventually traded in 2012 to the Charlotte Hornets (then known as the Bobcats) along with a future first-round pick (that became Doug McDermott Noah Vonleh). Gordon was signed by the Orlando Magic this offseason to a two-year, $9 million deal with a team option in year two.

You can say a lot about what went wrong for Gordon in Detroit, but it's hard not to admire his taste in housing. Here are a few more pics to make you wish you had $4 million burning a hole in your pocket.

I am now going to pretend like I know what I'm talking about armed with only bored weekends with HGTV on in the background. 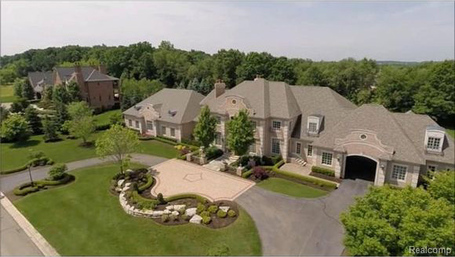 A beautifully understated landscape design hugs the semi-circle driveway with an inviting entrance. You can see the home is huge and secluded. A big plus for your corporate executive, musician or athlete on the go. 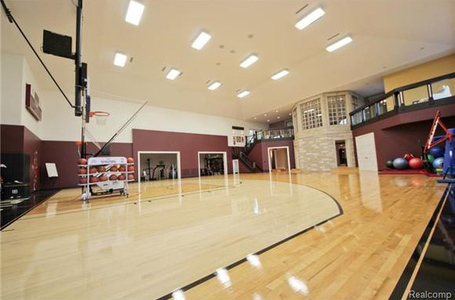 This one might hurt the re-sale value a little bit. There are only so many potential buyers interested in an indoor basketball court. Perhaps Jodie Meeks is looking for a new place. Or maybe Andre Drummond wants to throw down some serious money ahead of his inevitable monster extension.

A beautiful court, yes, but it's like having a swimming pool but with even more limited niche appeal and annoying maintenance. 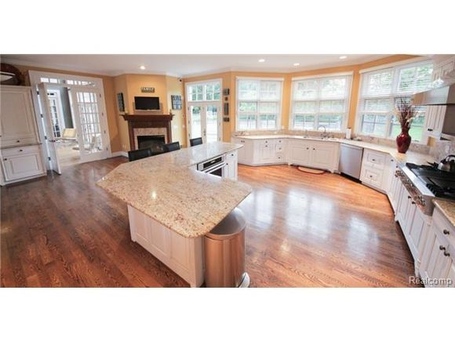 This is more like it. A beautiful open-floor concept with nice hardwood floors (not laminate) and bright, clean cabinets that open up the room while also allowing the granite counter tops and stainless steel appliances to shine. The huge L-shaped island is a big plus as is the separate stove and range. 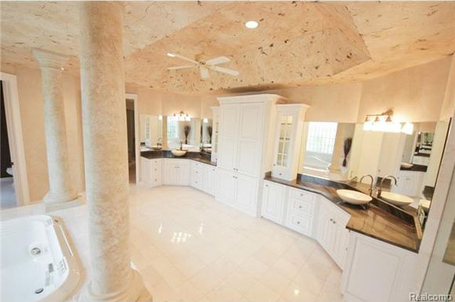 Even more palatial is the master bathroom that has more counter space than my kitchen. Columns help focus the eye on the deep soaker Jacuzzi tub and the stylings are classic with some modern flourishes, including the lighting along the wall of mirrors and the elegant bowl sinks.

Here is more about the house from RealtyToday.com.

Boasting of a grey façade the house features French doors and windows, high ceilings and hardwood and marble flooring.

A driveway leads up to the entrance of the house, which opens into a double height foyer with a grand marble staircase right ahead.

There are formal living rooms, dining spaces, a modern kitchen with a breakfast bar and granite counter-tops. There is an office, a study, a sitting room, a recreation room, a gym, a media room, an indoor basketball and training room, a bar and many more amenities packed inside the luxury residence.

Outside, the home has a pool with spas, a kids' play area, and another basketball court. The property also offers an attached four-car garage.