Pistons were among NBA's best at taking quality shots and among the worst at making them. Jodie Meeks, D.J. Augustin, Caron Butler and Cartier Martin are here to change that.

Share All sharing options for: Pistons' unheralded additions all finished near top in one of most valuable shots in basketball

Many have looked at the Detroit Pistons offseason and decided that it was pretty blah. New head coach and president of basketball operations Stan Van Gundy told the media and fans that he wasn't going to try and hit a home run and instead going to try and string together a few singles.

Not much to get excited about. But by one extremely important metric three of these four players measure out as top-25 performers in the NBA. The above the break 3, which is the 23-foot, 9-inch shot as opposed to shorter 22-foot corner 3-point shot on either sideline. But we'll get back to that a little later.

The Pistons were actually quite good, surprisingly good even, at taking the most efficient shots in basketball last season. The huge problem was that they couldn't actually make those shots.

Some of this was expected. The team added some high-volume inefficient scorers in Josh Smith and Brandon Jennings, and coaches Maurice Cheeks and John Loyer played Smith with Greg Monroe and Andre Drummond on the floor together for 1,360 minutes. Offense and spacing were going to be an issue.

Scoring was, indeed, a problem, but not because the team was having to settle for the wrong kinds of shots -- they just couldn't get the right people to take, and make, the right kind of shots. And understanding that helps you understand a lot about the offseason additions of Meeks, Augustin, Butler and Martin.

Is the team smart for taking the best shots in basketball or stupid for taking a lot of shots they couldn't convert?

First, consider what the best shots in basketball truly are. Instead of just relying intuition, I'll rely on one of the many basketball fans smarter than myself -- in this instance Ian Levy at Nylon Calculus -- to prove or disprove my intuition. Levy  determined the expected value of each shot and developed a metric he calls Expected Points Per Shot (XPPS).

Unsurprisingly, the best shots are at the rim, from 3 and at the free-throw line.

The Pistons ranked sixth in the NBA in XPPS. They took a lot of quality shots. The only team that took more shots at the rim than Detroit was the Philadelphia 76ers (36.2 percent to 35.2 percent), and the team took more than 19 3s a game.

The only problem was that the Pistons couldn't make these quality shots -- especially at the free-throw line and from 3. Looking at actual points per shots, the only team worse than Detroit in the NBA were those same 76ers. The Pistons ranked No. 15 in field goal percentage at the rim (meh) and dead last in above the break 3s, and free throws, and second-to-last in non-restricted area paint attempts (uh oh).

Some of this is a chicken and the egg scenario. Hack a Drummond will be in full effect until he can start hitting his free throws at better than a 50 percent clip. Is the team smart for taking the best shots in basketball or stupid for taking a lot of shots they couldn't convert? Would they have had the chance to take such good shots if they could actually make them? We'll let Josh Smith answer those questions.

Just how much an improvement will the new additions be in the areas where the Pistons are weakest? The answer ranges from very good to nearly elite.

The Pistons, obviously, upgraded their coaching, and they've certainly added a lot of shooters. So even if they were just stuck taking all of the shots they did last season, the team would already greatly improved. Of course, opposing teams probably aren't going to leave Meeks as wide open at the 3-point line as they did  Smith, but when they run out on Meeks that is going to open things in the lane for Drummond, Monroe and Smith. And that means the Pistons should go from an average rim conversion team to top 10 or even higher.

But what about the free-throw and 3-point lines? The most valuable places on the court? Just how much an improvement will the new additions be in the areas where the Pistons are weakest? The answer ranges from very good to nearly elite.

The Pistons big men were abysmal at the free-throw line, and Drummond, Smith and Monroe have to improve there. Enough said.

But last year the guards weren't a stellar crop. Jennings, Kyle Singler, Rodney Stuckey and Will Bynum combined to shoot 79.7 percent a season ago from the charity stripe. Jennings was a career 81 percent shooter in Milwaukee but dipped to 75 percent last year. A return to norm wouldn't be unexpected. Singler improved modestly from year 1 (80.6) to year 2 (82.6) and another improvement is likely. But Stuckey is gone and Bynum is likely to be replaced in the rotation. Those two players shot 82.6 percent a year ago while their replacements, Meeks and Augustin, respectively, combined to shoot 87 percent.

So free-throw shooting, from the guards at least, should see a significant uptick. 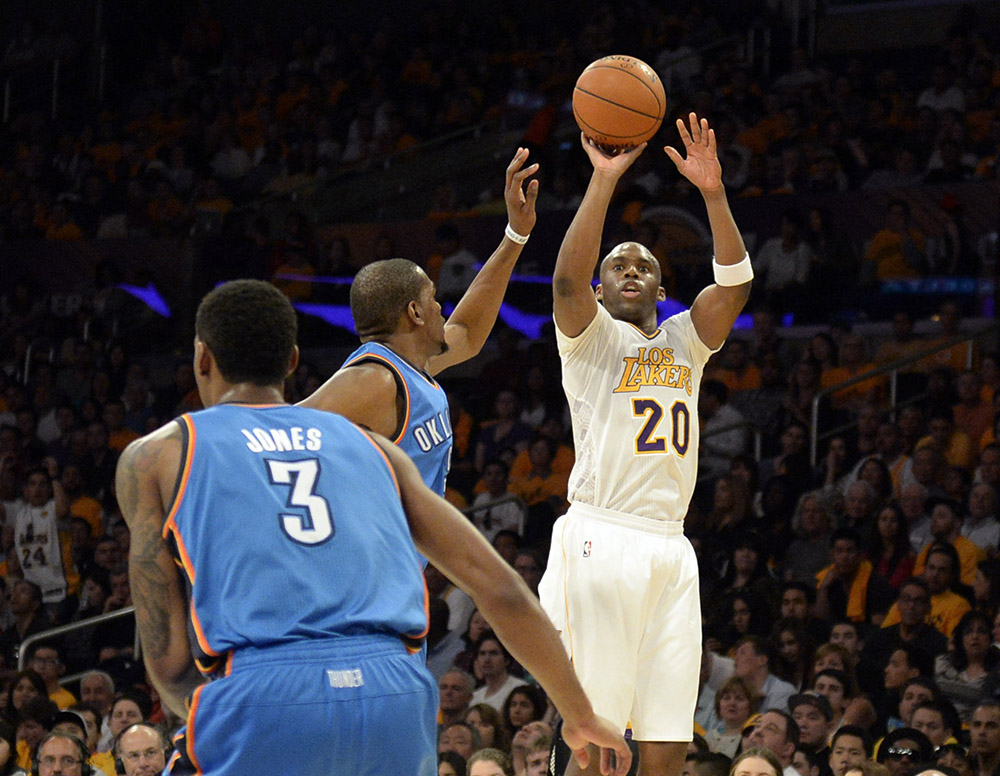 But the big improvement should be seen at the 3-point line, which should, again, open up the offense all over the floor. It's no secret that the Pistons were one of the worst 3-point shooting teams in the league last season.  Their 32.1 percent from deep was better than only ... you guess it, the 76ers. But the Pistons were actually quite good from the corner 3, where Singler was one of the best performers in the NBA. The real problem was the above the break 3, the most common 3 in basketball, and also a place where the Pistons ranked dead last.

That's where the Pistons newest players come in.

Of the 160 players who attempted more than 90 above the break 3s, look how Detroit's new guys stack up.

Above the Break 3s

For comparison, here is how qualified Pistons ranked last season.

The No. 1 team in the NBA at the corner 3 last season was the Miami Heat. But while the Heat attempted just under 700 shots from the corners, the team attempted more than 1,100 3s above the break. That is why having elite level production from above the break is so important. Those shots, especially with Drummond, Monroe and Smith in the post, are going to be available.

The attempts between old players and new players are nearly identical, but the results from the new batch are much improved. And some key perimeter pieces didn't even shoot enough to make the cut. Just think about how many times Stuckey or Bynum passed up an open 3-point attempt (because they couldn't make them) and drove into an extremely congested lane and either turned it over, got their shot blocked or just flat out missed.

Replace those with quality looks for Meeks, Augustin and Martin and the offensive efficiency goes way up. And, crucially, it allows the incumbent players to play to their strengths -- Singler in the corner, KCP driving and focusing on defense, Smith in the post and Jennings shooting less and passing more.

In the end, the Pistons had the right kinds of opportunities despite of personnel and despite the coaching, but they didn't have anybody that could convert.

Van Gundy took a look at the strengths and the weaknesses of his team, stepped into the batter's box and hit a bunch of singles. And along the way it appears he built an actual, functional team.