Remembering the insane hyperbole about Darko Milicic before he was drafted

Share All sharing options for: Remembering the insane hyperbole about Darko Milicic before he was drafted

Rip Hamilton appeared on Highly Questionable with Dan LeBatard and Bomani Jones, and if you skip ahead to the 5:21 mark in this video, he gave a pretty hilarious impression of his reaction when he found out the Pistons were drafting Darko Milicic instead of Carmelo Anthony. Spoiler alert: he basically made this face for about a minute straight: 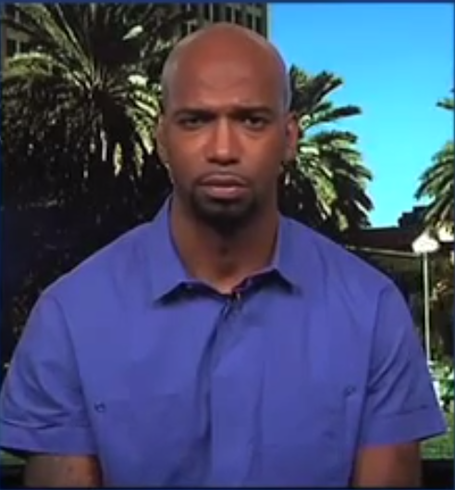 "When you got Carmelo Anthony out there, it was hard to pass up on him. I had the same reaction everybody else had."

Hindsight is hilarious: Darko was 17 years old when he was drafted and then bombed with the veteran-laden, championship-bound Pistons. He bounced around the NBA and then "retired" at 29 this week after appearing in just one NBA game since 2011-12. That's a bad career by any measure, let alone for a guy drafted ahead of Carmelo Anthony, Chris Bosh and Dwyane Wade.

But ... was that really the reaction everybody else had? Not at all -- and I wouldn't be surprised if that wasn't Rip's honest reaction, either. The Pistons needed a big man, and Darko was already being compared to Hall of Famers.

But what really excites them is his mature low-post play. "More than Nowitzki, Gasol or even Divac, Darko has a nasty streak in him that will help him succeed in the post," a league executive said. "A lot of the Europeans are really threes in the pros. He'll be a true low-post player. His coach is doing us a huge favor by forcing him to develop those skills now. He already has moves that remind me of (Hakeem) Olajuwon in the post. Once we get a hold of him, the sky's the limit."

From Brian Windhorst's excellent Oral History of the 2003 Draft:

The lottery was also on the night of Game 3 of the Eastern Conference finals between the New Jersey Nets and the Detroit Pistons. The Pistons went to John Jay College in Manhattan, N.Y., a popular spot for visiting NBA teams, for their morning shoot around.

Chad Ford (draft analyst, ESPN): Darko had just arrived in New York a few days before that. There's just a curtain that was separating the two gyms and I walked over to (Pistons president) Joe Dumars and asked if he knew who was working out next door and he said he didn't. I told him Darko was over there. He asked Cornstein if he could come over. It was an impromptu workout.

[...] [Darko's agent Marc] Cornstein: A number of guys filtered over to the other gym. Every shot, every move, he just looked phenomenal. Everyone from the Pistons was there. Joe Dumars, [coach] Rick [Carlisle]. Top to bottom, they were all there.

Ford: Darko was just phenomenal. It couldn't have been more perfect in a certain way. At some point the coaches got involved and asked to see particular things. And Darko couldn't miss and was aggressive and rose to the moment with the players watching. I was sitting next to (Dumars). He's not expressive, he plays everything close to the vest. But Darko was just so impressive. It was literally the best workout I've ever seen. I've seen hundreds and it was the best. When you have a 7-1 kid, who is 17 years old, doing the things he was doing, it was a "wow" moment, especially for a team that needed a big man. There was just a buzz afterward.

Tony Ronzone (Pistons executive, 2001-10): Our guys were like, "Oh my God, look at this guy." One dribble from the foul line, dunk. Lefty hook. Quick feet. He had great lateral quickness for a big. He had spin moves. It was unbelievable. He was a freak athlete at 17. He runs like a deer. He jumps. You were saying "wow." You could check off everything on the list.

[...] Cornstein: The Pistons walked away impressed but depressed. They thought when everyone else eventually saw him there would be no way they'd be able to draft Darko.

"He’s going to own the game. Own the game. We’re going to have to build a new arena. The only thing that could destroy a kid like that is a woman."

And then this from Robinson, from the June 23, 2003 issue of ESPN the Magazine:

"Darko reminds me of a young Wilt Chamberlain. Wilt used to do a little of everything, and I haven’t seen a big man with so much skill since Wilt."

"You can’t teach Darko’s lateral quickness or explosiveness. He needs to get a bit stronger, but not too strong, because that quickness gives him a bigger advantage in the post than more strength ever will."

Darko had so much potential that Marc Stein asked NBA executives whether he should be drafted over LeBron James. No one said yes, but they did agree that Darko was good enough to be No. 2:

"The gap that once existed with international players is gone, and with the position that (Milicic) plays, he's right in line to take a team that's not on the map and put it there," Eastern Conference GM No. 2 said.

Darko is really one of a kind. He runs the floor, handles the ball, shoots the NBA 3 and plays with his back to the basket, so you can slot him in at the 3, 4 or 5 positions. OK, a few other guys can do that too; what sets Darko apart is his toughness in the post. You have to love a guy who has the footwork to spin by an opponent but still prefers to lower a shoulder and bang. Fact is, Milicic plays in attack-mode at both ends of the floor. The more you push, the more he pushes back. While he won't be asked to carry the Pistons, he's capable of doing this earlier than you think.

And from Ford's take on Carmelo:

Of the top three, Carmelo is the most accomplished. He will be a dominant NBA scorer. Every time scouts begin talking about him, the names of Antoine Walker and Glenn Robinson are evoked. That's not bad company. But is he the guy to turn the Nuggets around? Combine him with Nene Hilario and you have a start.

And from his take on Bosh:

The Raptors tried to trade this pick, but couldn't find any takers.

So, yeah: Maybe Rip knew Darko was a fraud all along and that Carmelo Anthony was the smart choice. But almost everyone else thought the left-handed, seven-foot, 17-year-old phenom was legit. And considering the Pistons were playing with house money -- having secured the No. 2 pick as the result of a six-year-old trade that sent Otis Thorpe to Vancouver -- it made perfect sense at the time to take him.