If you're one of the DBB faithful ... and you've suffered through more than half a decade watching hapless Pistons teams fumble through seasons filled with frustration ... this video is definitely for you.

You can skip to the end of this post and just watch the damn thing already, but if you have a moment, read through this post and it'll help you appreciate it even more.

I joined this community about two years ago, and although I had a career in sports journalism, including stints at CNNSI (R.I.P.) and the NBA on TNT, I have learned far more about the game of basketball since reading DBB. It makes you smarter about basketball-y things.

There is no better fansite. For any team. Period. 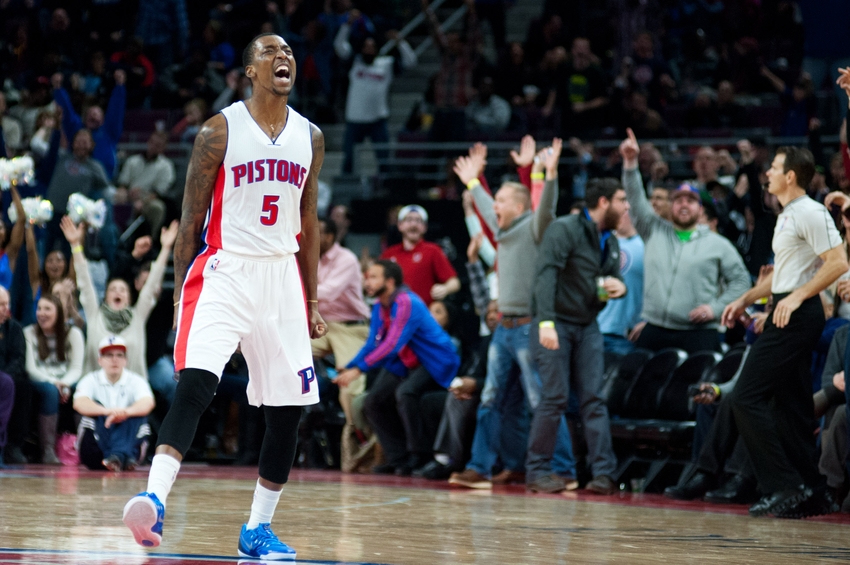 This is, without a doubt, one of the very best times to be a fan of the Detroit Pistons. What's happening with this team right now is so unique ... so unprecedented ... and for the DBB community, it's so incredibly validating. It's almost worth it that they started the season so poorly, because as Jason Lee said in Vanilla Sky... "Without the sour, the sweet just isn't as sweet."

After years of watching the Pistons struggle, I was thrilled when Stan Van Gundy signed on to be the coach & GM. I was so optimistic about the 2014-15 season that I not only predicted they would win 42-50 games, I also decided to chronicle the season in accordance with my training and passion - by recording every game and producing highlight videos (copyright laws be damned).

I ordered NBA League Pass and recorded the games on my DVR. With a handy piece of hardware, I'd simultaneously record the games to my Mac's hard drive so that I could later edit the footage.

I did this every game ... until game 11 against the Orlando Magic. Then, I stopped.

You see, it's actually a tremendous pain in the butt to do all of this. It takes a good 30-60 minutes every night just to mess around with the software and get the footage into the proper format, etc. Then you have to go into the footage, scroll through every minute and mark out the highlights.

I just couldn't muster the energy to keep it up when the games were so painful to watch, and when the season looked so hopeless. I even wrote a well-received FanPost around this time, expressing my dismay about the situation (i.e. why SVG was't benching Smith).

Then the Pistons waived Smith on Dec. 22nd. The very next day, I'm driving from Atlanta to Michigan to visit family for the holiday, and I'm cursing myself because I forgot to set the DVR to record the Pistons games while I was out of town. I was upset because I knew they'd play better after removing the most overpaid and inefficient Pistons player of all time trading for Anthony Tolliver. 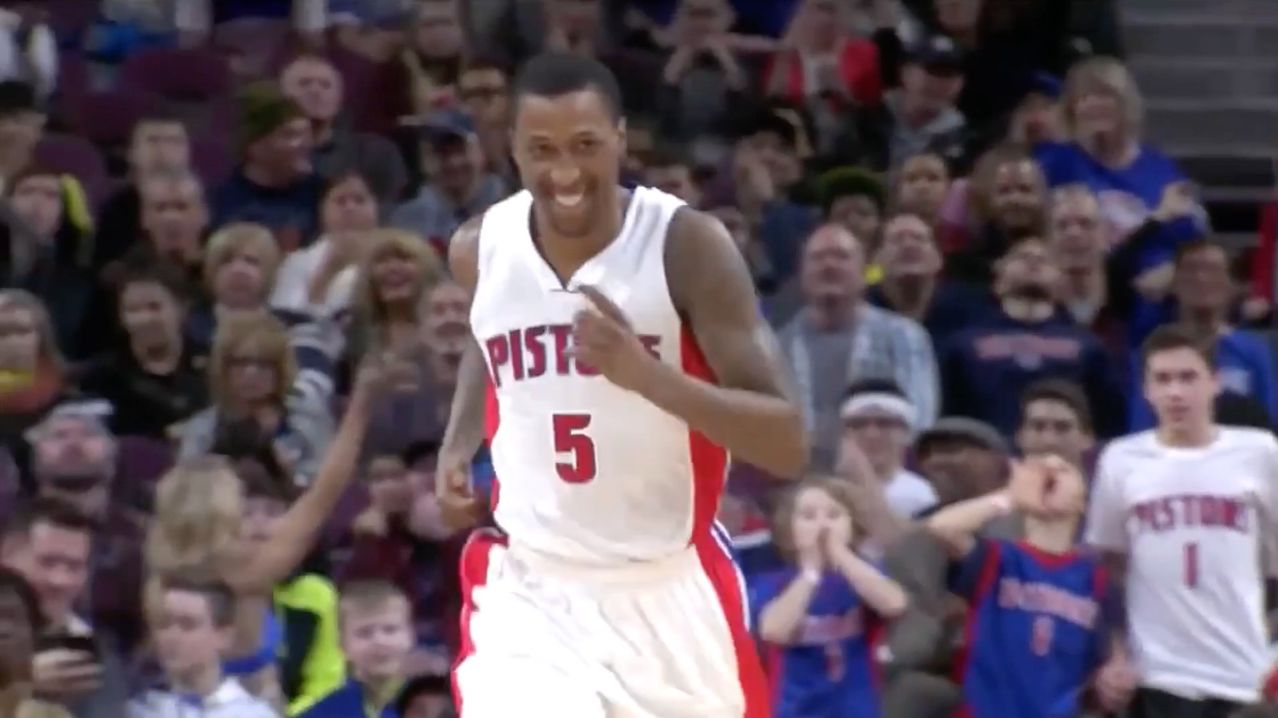 So there I am at my parents' house, watching KCP do that hilarious fast break, ball-hogging dunk against the Pacers - when he clearly should have passed it to Dre - and they show him running back up court with a devilish grin, and the entire Pistons bench is just smiling along with him.

My entire family is in the kitchen playing a game of marbles, and I'm in the living room, shouting to my wife (who patiently sat with me on the couch watching those initial 28, maddeningly frustrating games) "They're winning! And they look awesome! It's like a totally different team! They're actually having fun!"

The only game from this streak I missed was the game against the Cavs, since it wasn't being shown at the bar where I was watching Lions/Packers.

Since then, I have recorded every game. I've watched every minute of every game. 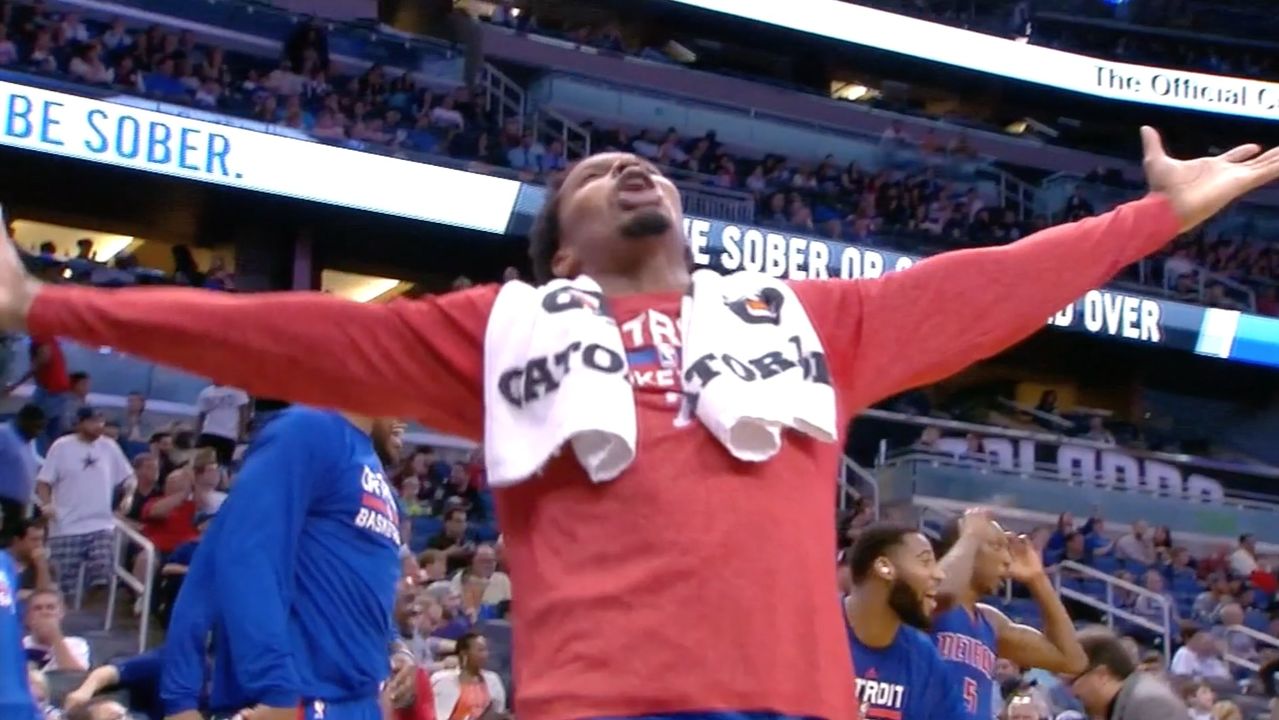 I knew something special was happening, but I didn't know how big it would become. With every subsequent victory, I was becoming more and more giddy. I kept turning to my wife and telling her "This is amazing. I have to make a video of this."

It takes a lot of time to make a video like this. A lot. But time flies when you're doing something you're passionate about. I just want you to know while watching this that it's not easy to make and is a labor of love.

No matter what happens from here on out, we'll always be able to look back on these first 10 games and remember how awesome it was to be Pistons fans in the early days of the PSE.

This is dedicated to you, DBB. Enjoy.

P.S. My wife did the fancy graphics. She's got talent.

How much did you enjoy this video?