I had the pleasure of meeting a few new people at Philips Arena on Monday. As expected, I met up with Brian Packey and Jason Brunskowski before tip off. (That's me in the middle carrying Mike Payne.) 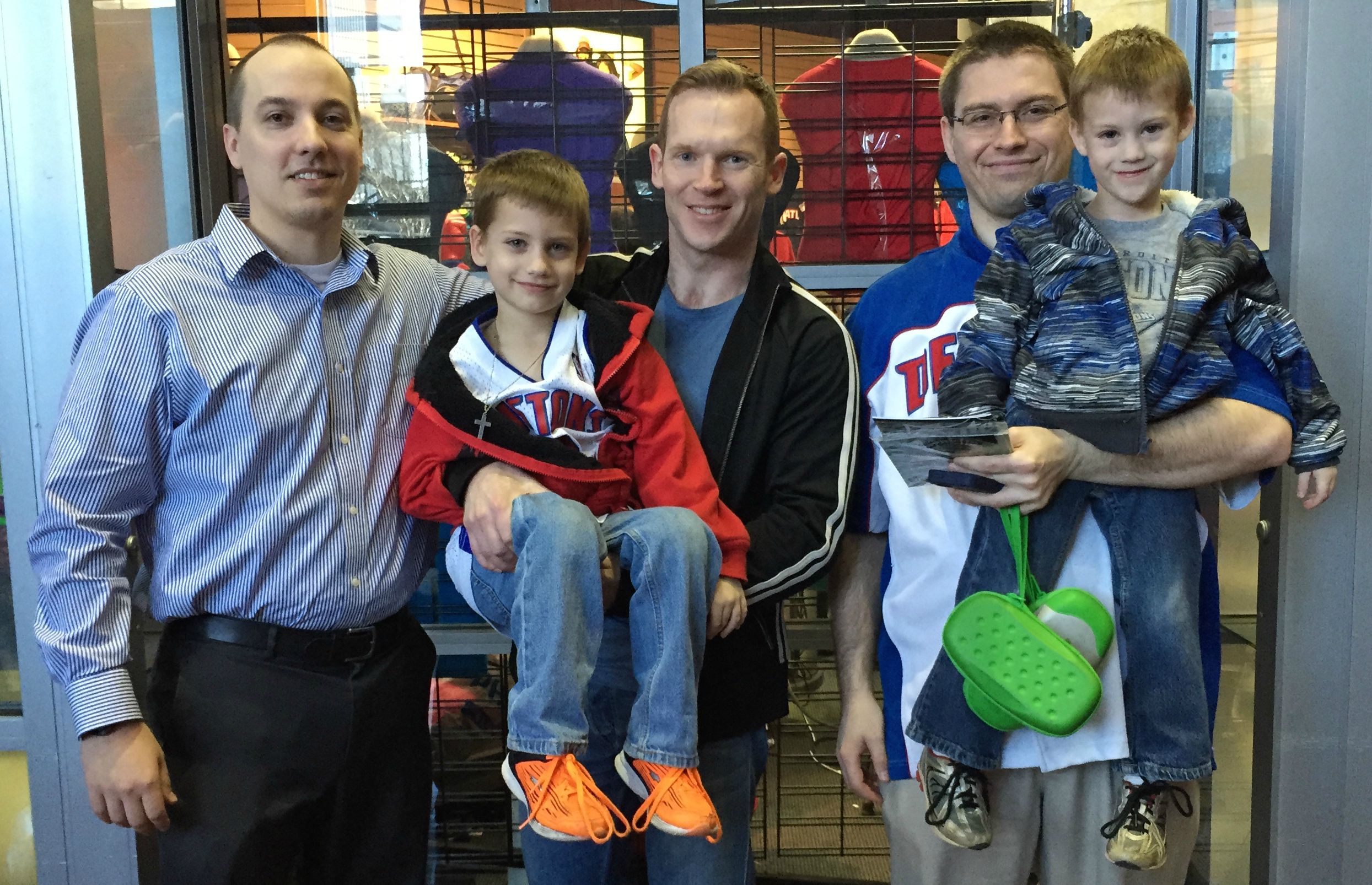 Had a great time hanging out, even if it was only for 10-15 minutes. Look forward to spending more time with you guys in the future. Our kids can learn to love the Pistons together. My daughter Sienna is ready to start hoisting jumpers... 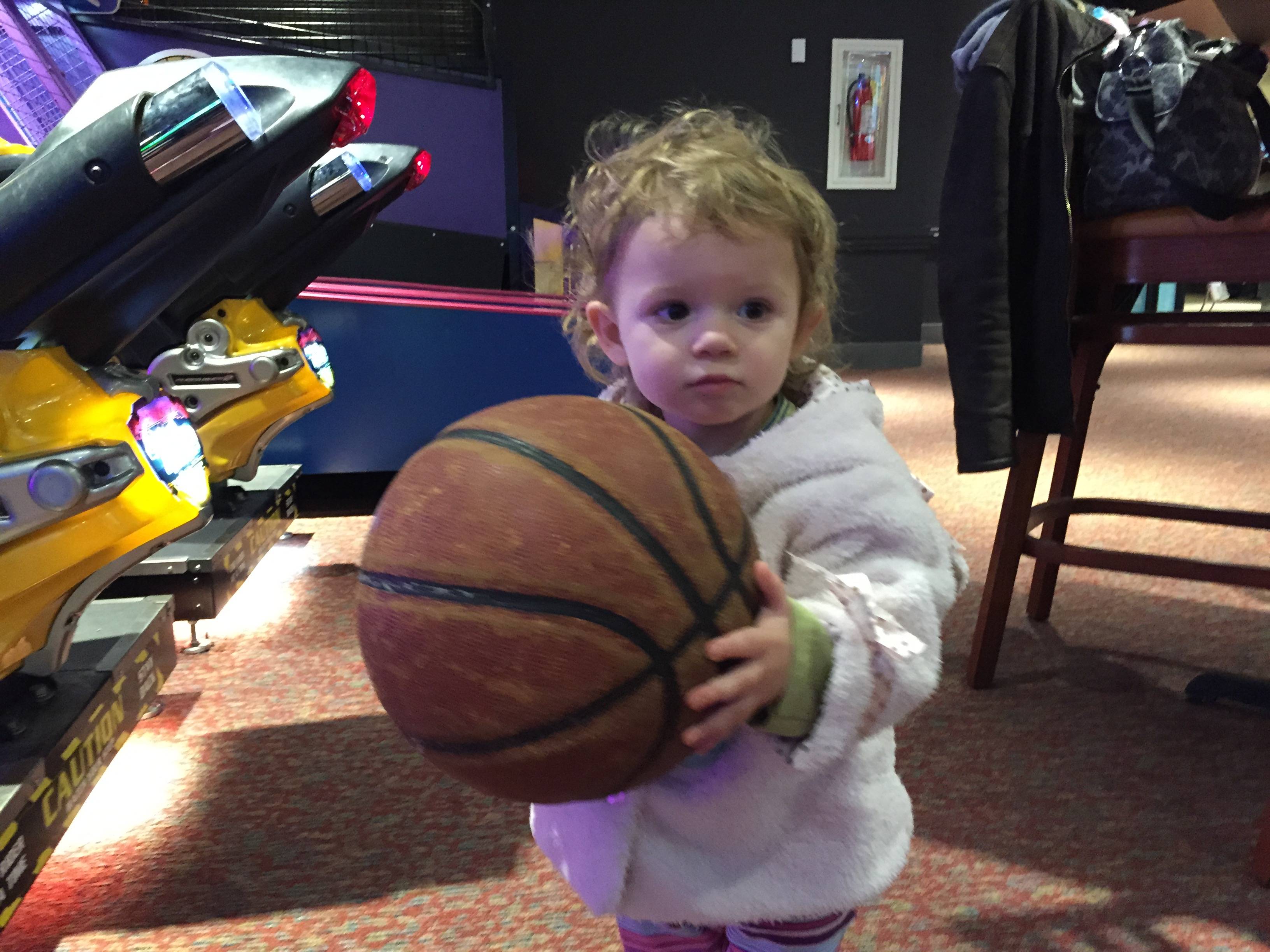 Then something not so expected happened. During the first half, when Brandon Jennings made his sole bucket, a woman a few of rows in front of me, wearing his road jersey, started jumping up and down excitedly.

You can see her in the pic below, almost directly below BJ himself on the Pistons bench. 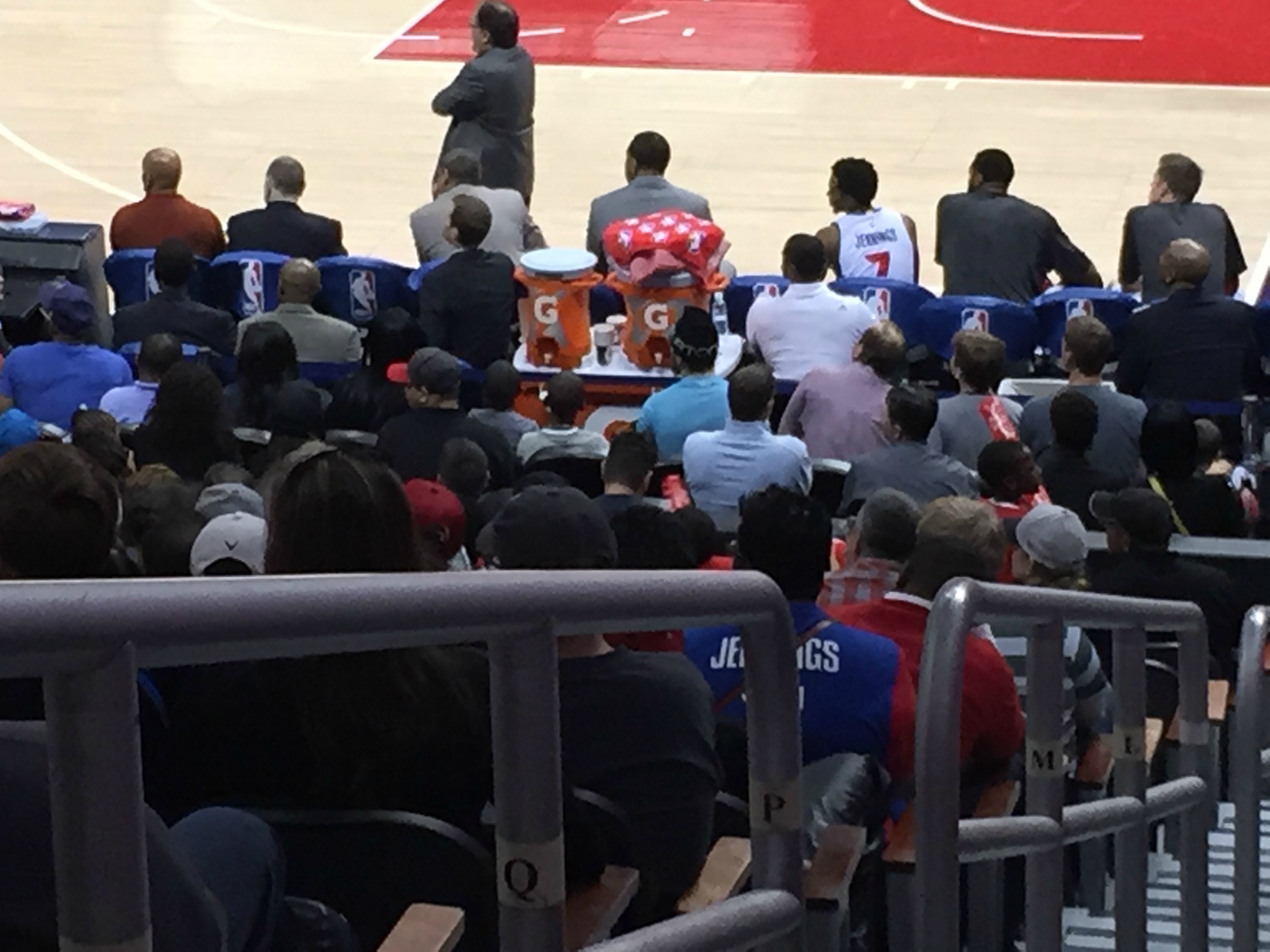 At halftime, I was hanging out in the Philips Arena concourse, just texting my wife, and this woman sat down right next to me. I tapped her on the shoulder and asked "Hey, are you a big fan of Brandon Jennings?" She smiled and said "I sure am... he's my son!"

I just met the Mother of Swag. Her name is Alice Knox. 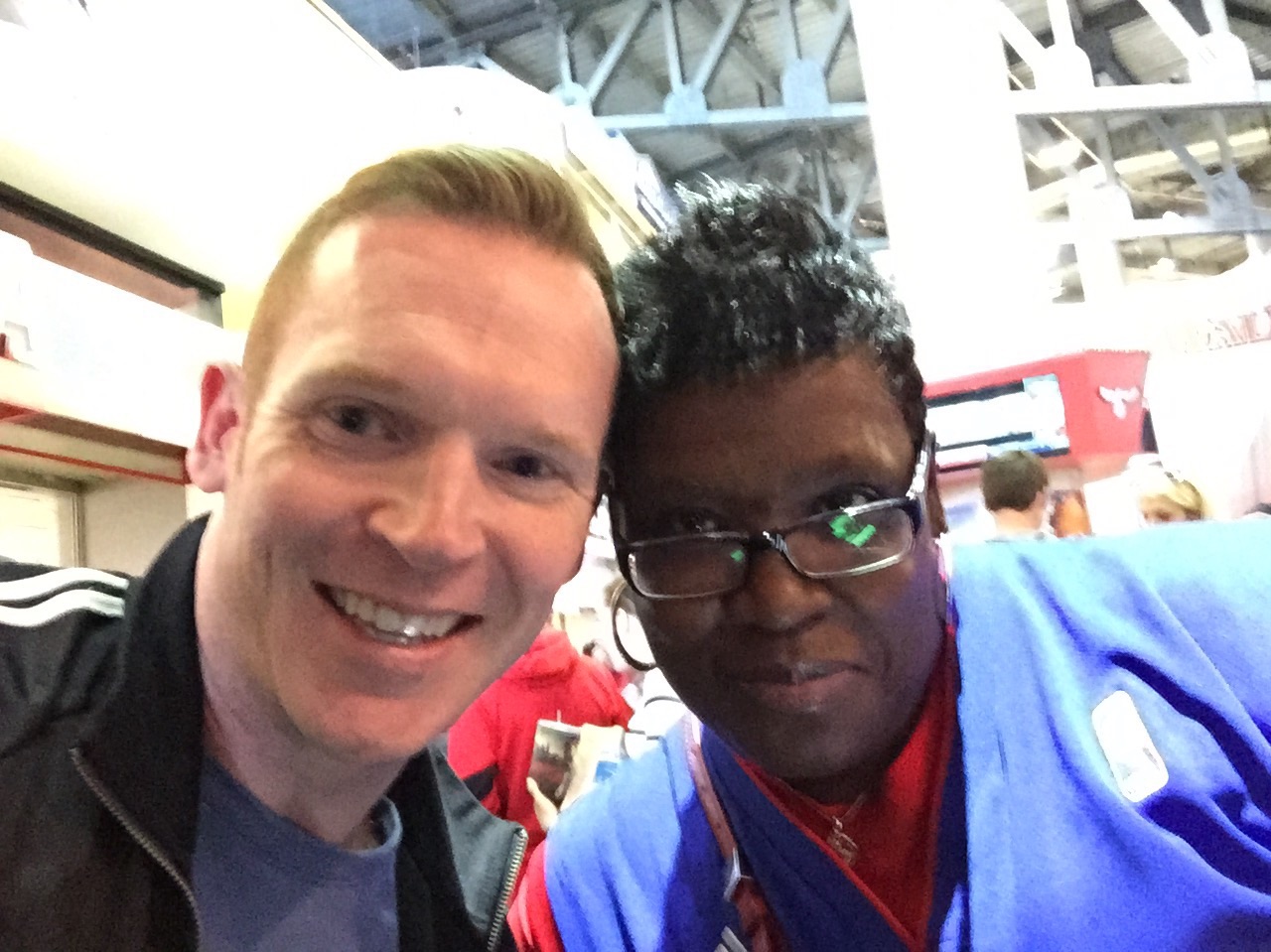 Couple quick takeaways from my brief chat with her...

First, I mentioned Detroit Bad Boys and she said "I think I follow them on Twitter." Keep that in mind, DBB Tweeter Dudes.

Then she mentioned how she just watched her other son play on TV earlier in the day. And indeed, BJ's half-brother - future Missouri Tiger Terrence Phillips (South Park fans' minds will be blown by that name) - helped Oak Hill Academy to a Tournament of Champions win by dishing out 13 assists. Mom said he's more of a pure passing PG than Brandon.

I was sure to let her know how happy DBB'ers have become with Brandon, although I didn't get into how some of us used to feel about Brandon during the JSE. In fact, we specifically didn't mention He Who Must Not Be Named or past Pistons struggles whatsoever.

So that was cool. And odd. And interesting.

A few thoughts on the game...

I've lived in Atlanta since 1997. I worked at Turner Broadcasting for about 10 years, and every season they'd give us 10-20 passes that we could exchange for Hawks tickets. That's just Turner trying to keep butts in the seats, I suppose.

Most of the time, I'd exchange 10 passes for two really awesome seats to see the Pistons when they came to town. Then there was this memorable night back in 2005 when I was picked to play The Dating Game during a timeout, and famously said to 10,000+ Hawks fans that I'd rather have "what's behind the curtain, even if it's a hamburger" (I'd once seen them give a pack of sausages as the curtain prize) than a date with the pretty young lady who chose one of the other dudes instead of me.

The prize turned out to be a Philips shelf system, the crowd roared in appreciation, and I got high-fives while carrying my prize through the concourse after the game.

Since I was court-side for the Dating Game thing, I hypnotized talked someone into letting me watch the rest of the game (most of the 2nd half) from the FRONT ROW. Seriously, I sat next to some millionaire boxer and his kid and watched the "Goin' To Work" Pistons beat the Hawks in OT.

What a difference a decade makes. These Hawks are great, and the packed house at Philips today was pretty fun, too... even if they happened to be rooting for the wrong team.

I know it sucks for us Pistons fans that we lost to them (again), but perspective is always important.

The Pistons are the Hawks... they're just a year behind. The bright side is that they never dropped behind by 20 like they did last time. They played tough defense. They were competitive.

It's clear there are some real, serious issues about playing Drumroe together against an opponent like Atlanta, who has the personnel and coach to take advantage of Detroit's lack of spacing on offense as well as their lack of mobility in the front court (to guard stretch 4's and 5's like the Hawks have in abundance).

As someone firmly in the re-sign Monroe camp, I have to admit I have doubts about their ability to share the court against high quality opponents... UNLESS the Pistons can complement them with a secondary ball-handler, perhaps that slashing/scoring SF we all dream about who doesn't yet know he's destined to wear a Pistons uniform while he hoists a championship trophy.