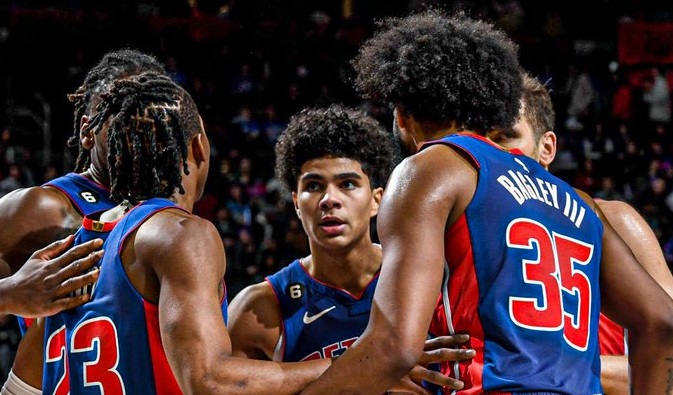 No worries, guys, I've got this

Killian Hayes scored 14 of his 22 points in the fourth quarter and overtime to lead the Pistons to a 131-125 OT win over the Dallas Mavericks. Other major contributors were Bojan Bogdangerous (30 points on 14 shots) and Marvin Bagley "III and it's through" (shot 7-10 with 13 rebounds).

The Pistons outrebounded the Mavs 52-30, and despite missing the most important rebound of all and allowing Luka Doncic to hit the 3 that sent the game to overtime, the Mavs just couldn't stop Killian Hayes during Free Basketball. Since Pistons/Mavs was the only game on tonight, the whole NBA took notice:

Killian Hayes closed it out for the @DetroitPistons, dropping 14 of his 22 PTS in Q4 and OT, including the bucket to seal the win!

It's been a challenge to find happy Killian photos, but if Killian keeps up his current streak of solid play, they should become a lot more common. 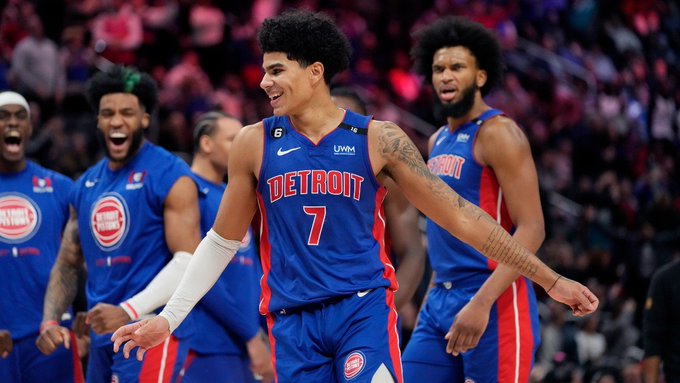