Yes, the Pistons got screwed in the lottery again!

Q: How unfair is the draft lottery?

A: Pretty unfair, and designed to make almost everyone feel bad.

The NBA Lottery - A History of Woe: 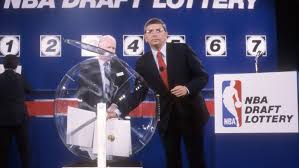 The first NBA draft lottery was in 1985. Before then, prospects were shot out of a cannon towards all the GMs and whoever caught the guy got to move up to draft him. Those were simpler times.

Since then, the teams with the worst records have been put in a lottery to get a "top pick". The rules have varied - from 1985-1987, each non-playoff team (7 total) got an envelope in a hopper and the NBA just drew out all the envelopes to determine the draft order. It was believed by the league that this would discourage tanking.

Ha ha! Teams still tanked. The league decided to get serious in 1987. Same hopper full of envelopes, 1 per team, but now draw three envelopes, and the winners pick 1, 2, and 3. The rest of the teams would get assigned draft picks in reverse record order. Surely this would discourage tanking.

Starting in 1990 we got the weighted lottery that we all know and despise today. The non-playoff teams get weighted odds to win the lottery (which meant the top 3 picks until 2019, then it meant the top 4 picks), with the teams that don't win drafting in reverse record order. The odds and method have changed A BUNCH of times, because teams keep tanking, and the league keeps "trying to discourage tanking". All they need is one more change and they'll surely fix the tanking problem!

Why does my team always move down in the draft? 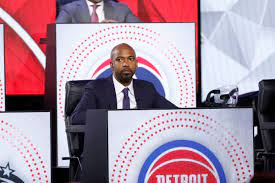 Dammit, NBA, you made Rip sad

The lottery sucks and almost everyone almost always moves down. Plus it might have been rigged, or be rigged, or will be rigged. Always against your team.

Because of the way the lottery is designed, everyone almost always feels like, if they move at all, they are moving down and getting screwed. Consider the current system - if the team with the best non-playoff record (draft slot 14) wins the lottery, ONE team is super excited and feels like winners, and THIRTEEN OTHER TEAMS move down and feel like they got screwed.

There are pretty good odds that a team that was "supposed to" draft 8-14 will win one of the top four spots (57.8% - better than even odds!). That pick will be, on average, around 2.75, so I'll just call it pick three to get the feel of the thing. So for that ONE team moving up to 3, somewhere between FIVE (if it was the team at 8) and ELEVEN (if it was the team at 14) teams will be forced to move down and feel like they got screwed.

Of course multiple teams can move up. Then your team moves down TWO spots, or THREE spots, or OMG FOUR SPOTS WHY IS MY TEAM ALWAYS SO SCREWED?!???

If nothing else is clear, the NBA hates their fans, and wants them to feel like they are getting screwed, even if the draft ISN'T RIGGED.

Is there actually any evidence that the lottery has been rigged? 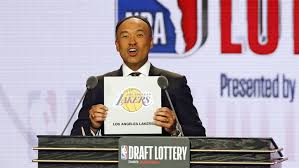 1985 - The Knicks, having equal odds to win the lottery as 6 other teams, wins the lottery. OBVIOUSLY RIGGED.

2016 - Dikembe Mutombo sends a congratulatory tweet to the sixers that they won the draft lottery before the lottery occurred. They did indeed win the lottery (they had the worst record). OBVIOUSLY RIGGED.

2017 - Lakers exec Magic Johnson assures head coach Luke Walton (haha) that the Lakers will have a top 3 pick, 12 days before the lottery, when the Lakers moved up and got pick #2. OBVIOUSLY RIGGED.

Most years - Your team keeps moving down. OBVIOUSLY RIGGED.

Recent years - If you've watched the NBA lottery in recent years, you've noticed that the picks are revealed by "Mark Tatum, deputy NBA Commissioner". It is obvious that he is actually a robot, probably running Windows. PROBABLY BEEN HACKED.

Considering that NBA refs have been involved in gambling scandals (throwing games they reffed for gambling purposes - ref Donaghy was thrown in jail, and it is extremely unlikely that his is an isolated case), accusations of draft rigging should be taken seriously. I refer everyone to the Boourns, who knows more about this topic than anyone.

So how screwed have the Pistons been by the Draft Lottery? 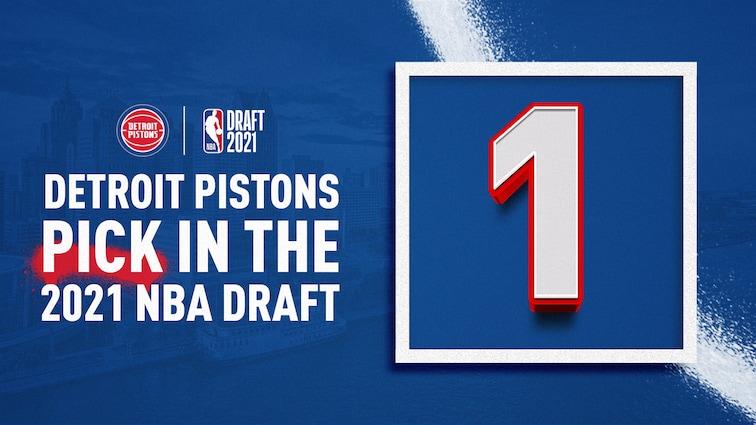 Less screwed than it feels like, but still screwed

Only somewhat screwed, relative to other teams.

We've won the lottery once since 1985 (last year when we got CADE), though we only moved up one spot to win it. We traded for lottery picks twice, and one moved up four spots (we picked.... Darko), one fell one spot. With our non-CADE first round picks, we moved DOWN every single time (that we moved). We've moved down 1 spot 5 times (one of which we traded to the Hornets), and moved down 2 spots twice (2020, and this year).

So considering all the lottery picks we actually made (counting the picks we traded for, and not the ones we traded away), the Pistons have moved down a net 4 spots in 9 different moves.

Which isn't so bad over 35+ years. But it feels like we are ALWAYS GETTING SCREWED.

Has anyone actually gotten screwed worse?

Oh, YES. Some teams have gotten REALLY SCREWED. Three teams have NEVER moved up in the lottery, even counting picks they got in trade.

The poor, poor, Timberwolves have been the MOST EGREGIOUSLY SCREWED team by the NBA lottery. They have:

Does everyone get screwed?

Some teams are (net) unaffected, though they still feel SCREWED:

The rest of the rat-bastard teams have gotten a net positive number of spots from the draft lottery. Most of them still feel like they got screwed, though, because it is usually because they have a couple big moves up, and a lot of smaller moves down

Since 1990:
1999 saw the most teams get screwed: 2 teams moved up (Bulls +2, Hornets +10), and 11 teams got screwed (every other lottery team moved down 1, except the Clips who moved down 2)
2019 saw the greatest screwage of the most teams:
In Conclusion: You really are getting screwed in the NBA lottery almost all the time. David Stern is smiling in his grave.